Kid Gets Busted With a Dead Squirrel In His Backpack 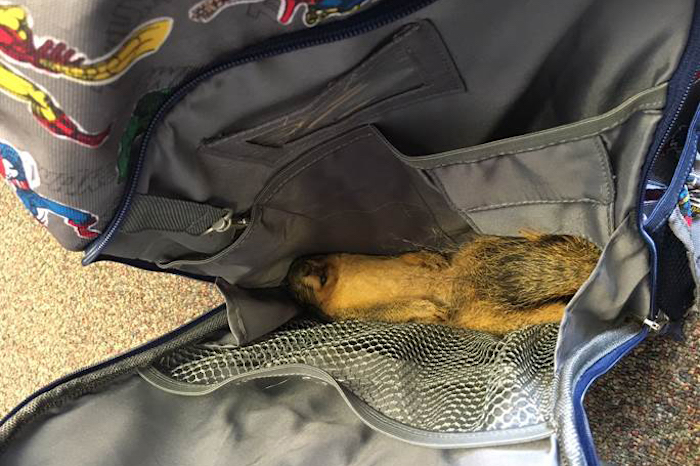 In a post show-and-tell world, kids can make a habit of bringing odd items along to school. However, according to a viral Facebook post by mother Ladye Hobson, some children can take the idea to an extreme.

“When the principal calls to tell you that your son has made her day, so you get excited for the good news … Only to find out that the faculty has discovered a dead squirrel in his backpack (yeah, that 50 dollar Pottery Barn backpack),” writes Hobson in the post about her son Brylan. The principal also sent the above photo of the lifeless critter.

Hobson continues, “When asked by the principal what possessed him to pick up this dead squirrel and store it in his backpack, my son replies with ‘I really wanted squirrel dumplings for dinner tonight.'” The principal then asked Hobson if she would like the squirrel to be sent home with Brylan for the planned meal. “Y’all, I had to explain that we are from the country, but we’re not THAT country,” said Hobson.

The squirrel was officially laid to rest in the school dumpster.