VIDEO: Did Someone Yell ‘Baba Booey’ at the Presidential Inauguration? 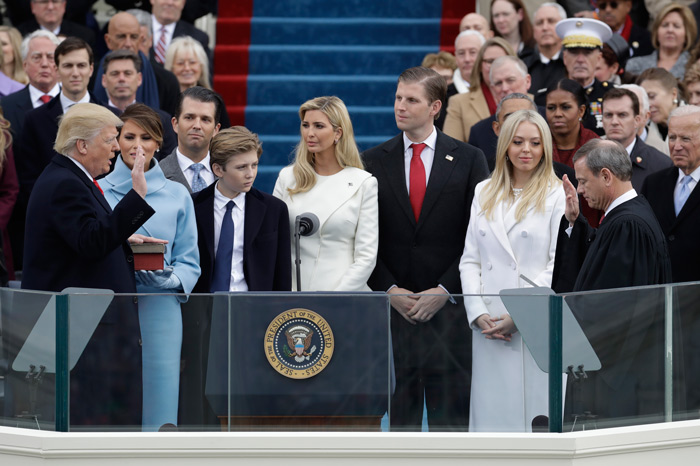 Millions of Americans watched on Friday as Donald J. Trump became the 45th President of the United States. And if they were listening carefully, they might have heard someone screaming out “Baba Booey” just seconds before the new commander in chief was sworn in. Press play (below) to hear it for yourself.

Several Stern Show superfans took to Twitter to say they definitely caught the classic catchphrase being shouted out at the Capitol Building, including Sarah Silverman. Check out her tweet (below).

Did anyone else just hear a bababooey

Sarah is no stranger to Booey bombs – she delivered one of the most epic “Baba Booey’s” at the 2016 Democratic National Convention, concluding her speech with a special nod to Howard and the Stern Show.

Here’s what others are saying about the possible presidential Baba Booey shout-out:

UMMM…did i just hear a #bababooey LOUD AF at the #Inauguration ??? @JoeyBoots would have been PROUD!!!

Oh, and there was a #bababooey loud AF right before he got sworn in lol@sternshow

There was a pronounced “bababooey” right before Trump took oath @sternshow

Omg. @sternshow, Someone tell me that I wasn’t the only one who just heard a #bababooey at the #innaguration. Right as Donald started.

Someone bababooey’d the oath… that has to be #1 now. @robertAbooey

Ha! YES we got a Bababooey at the #inauguration @sternshow