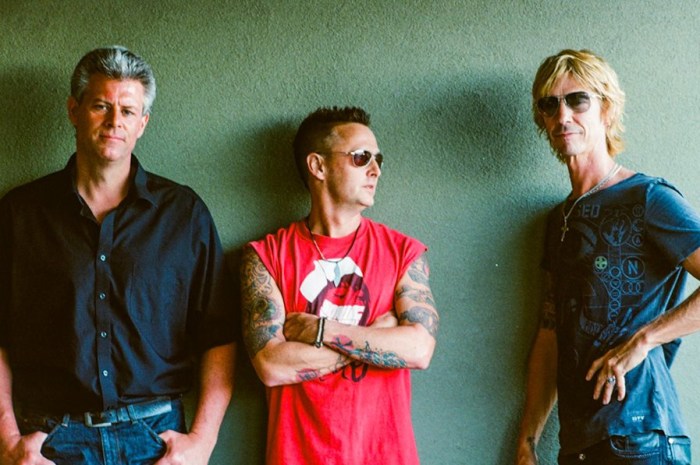 McKagan, whose other band Guns N’ Roses recently held a private concert for SiriusXM subscribers, spoke to Rolling Stone about the Levee Walkers’ new song. “Ayron is such a special and badass new Seattle artist,” he said. “I went to a show of his last year in Seattle, and it was one of those that just simply made me realize how glad I am that I chose music as a path. Mike and Barrett are, of course, the best at what they do as well. I’m a proud Walker of Levees!”

“The three of us [conceived the Levee Walkers] to make music with guest vocalists,” McCready added, describing the project. “It’s been a cool, enlightening experience for me as Duff and Barrett push me to be a better musician. We’ve been lucky enough to have Jaz Coleman from Killing Joke and Latin artist Raquel Sophia sing with us. Our latest great singer and guitar player is Ayron Jones from Seattle. Ayron is a super-talented singer-songwriter who has added a new fuel to the fire of Levee Walkers songs. He is also a smokin’ guitar player that needs to be heard.”

“All Things Fade Away” is the third track by Levee Walkers and will be available for purchase Friday, both digitally and on seven-inch vinyl. Listen to one of the supergroup’s 2016 tracks, “Freedom Song/Tears for the West” featuring Coleman (below):