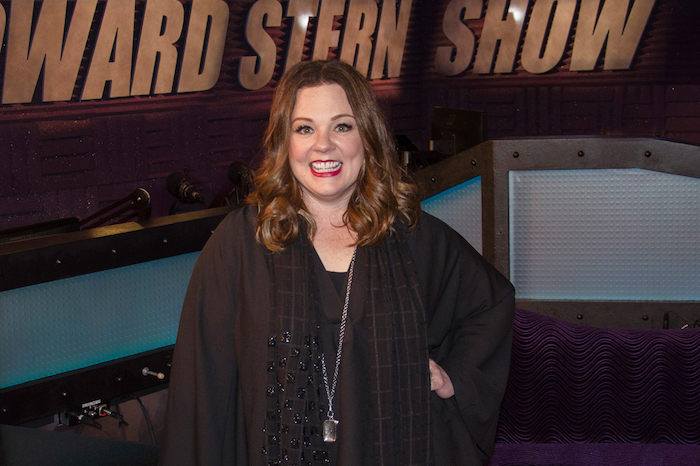 Melissa McCarthy on the Stern Show in 2016 Photo: The Howard Stern Show

NBC’s long-running sketch comedy series revealed on Thursday that its final four episodes of Season 42 will air live, in every time zone throughout the contiguous U.S. That’s a first for the show, well over 800 episodes into its run.

“SNL” also revealed the hosts for those four episodes: returning stalwarts Jimmy Fallon (April 15), Melissa McCarthy (May 13), and Dwayne “The Rock” Johnson (May 20), along with first timer Chris Pine (May 6). Musical guests have yet to be announced.

Check out the show’s announcement (below).

Previously, “SNL” would air live on the East Coast and broadcast on tape-delay in Pacific, Central, and Mountain time zones. Starting April 15, however, the show will air live across the country. Check out the new schedule for your time zone (below).

NBC Chairman Robert Greenblatt explained the decision in a statement:

“‘SNL’ — enjoying its most popular season in two decades — is part of the national conversation, and we thought it would be a great idea to broadcast to the west and mountain time zones live at the same time it’s being seen in the east and central time zones,” Greenblatt said. “That way, everyone is in on the joke at the same time. Kudos to Lorne Michaels, the producers and cast for making ‘SNL’ one of the most relevant and anticipated shows in the zeitgeist.”

“Saturday Night Live” returns to NBC with an all new episode on April 8, along with host Louis C.K. and musical guest the Chainsmokers.