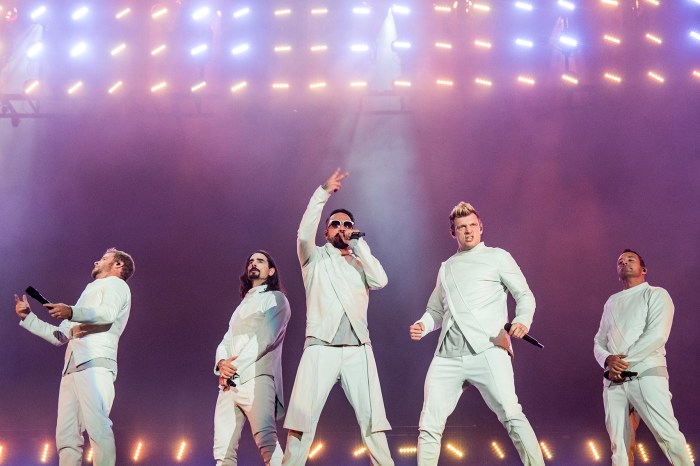 The Backstreet Boys are letting it rip that their hit song “The Call” actually contains a secret fart.

Band member AJ McLean recently told Billboard it all started when his bandmate Howie Dorough accidentally passed gas while singing vocals in the studio. “I think he was just putting so much air into the vocal that as he was singing, he went ‘dun, dun’ and he farted — but he farted not only on the beat, but in key,” McLean said. “So [producer Max Martin] tweaked it and made it sound like one of his patented bass sounds, and it stayed on the record.”

Hear the track in question for yourself (below).

Howie confirmed the on-key, in-studio fart, though he pointed out he wasn’t the only one to ever pass gas on the job. “I’m sure there were a lot of beverages consumed back in the day. It’s one of those kind of things … Everybody at that age — especially Nick [Carter] — was constantly passing gas, just being young 20-year-old guys doing guy locker room kind of stuff,” Howie told Billboard. “And coincidentally, I got in the booth, was breathing in really heavily singing my part, and I guess some extra air kind of came out. It made everybody laugh, and Max decided to take that and sample it to turn it into the ‘dun dun dun, dun dun dun dun.'”

“Howie’s fart became an instrument and is on the record for the rest of our lives,” McLean concluded.