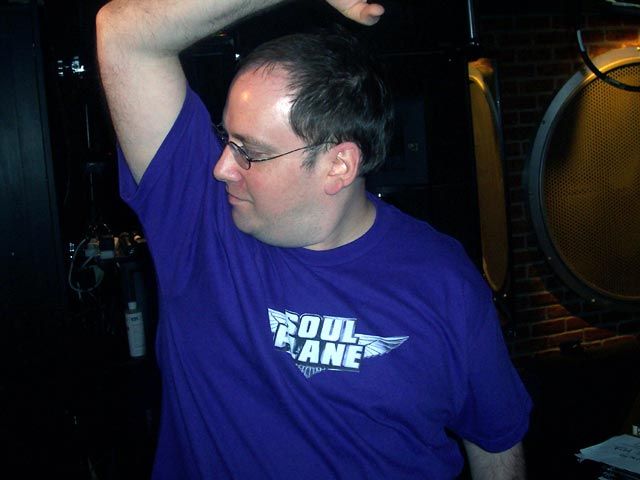 Writer and schtick-meister, Benjy Bronk, was late to work – again. The last time he was late Howard toward told him he would be fired if he was ever late again (12/02/04 show). Howard said he was dead serious when he told Benjy that and now he’s seriously thinking of firing him. If he didn’t there would be no point in making the threat in the first place. Howard said he only warned Benjy about 57 million times that this would happen if he was late again. He likes Benjy, he’s a good kid, but Howard can’t have this. Gary said what’s really funny is that out of everyone; Benjy lives the closest to the station, he’s only a five minute walk away.

Gary said he woke up early to brush the snow off his car to be here on time and that everyone else makes it here on time. Howard said he didn’t really know what to do and wanted Tom Chiusano to step in. Tom said that if Howard wanted to he could fire him, or if he wants to try to keep Benjy around the next step would be to suspend him without pay for a week. Howard said he’ll probably suspend Benjy and then make his decision of what to do with him during that time. Howard said that he and Tom had been through this before with other employees and got burned and he’s sick of doing it. Tom said it’s always good to know that you did everything you could and beyond before firing someone. Artie chimed in to try to “defend”

Benjy by saying he’s really good at his job. Howard says he knows that and he likes Benjy but it’s not about that. It’s about showing up to do your job and not taking advantage of other people. Howard said if Benjy is late all the time and there is no consequence for him then everyone would have an excuse to be late. Tom agreed and said that for Howard to keep his credibility he’ll have to do something with Benjy. Howard then said that Benjy officially has ruined his birthday with this.