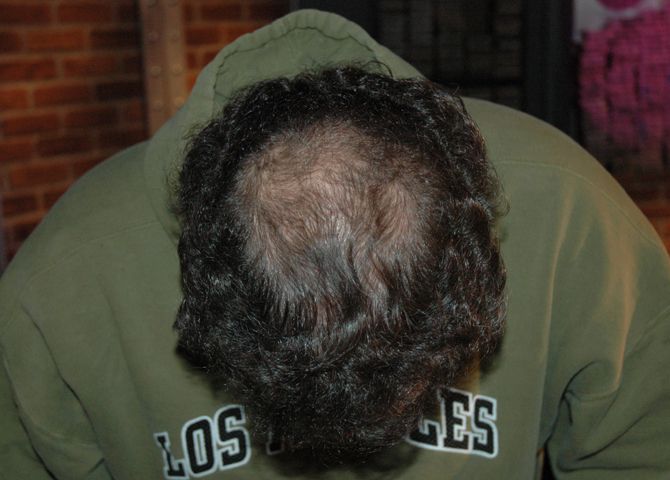 Artie’s Bald Spot called in this morning to taunt Artie. He said that he just keeps getting bigger and bigger and he loves it. Artie agreed that his hair loss has become startling. Howard said that Artie’s bald spot is unusual because it’s so centered on the top-back of his head. Artie has hair all around his head and if you look at him straight on he looks like he has a full head of hair. But then he has this yarmulke bald patch in the back that keeps getting bigger. Artie said he thinks that makes him a good hair transplant candidate because they could use the hair from the back of his head. When he said that, Artie’s Bald Spot started screaming on the phone, begging Artie not to get transplants! He screamed that he cannot be contained and then laughed and laughed.