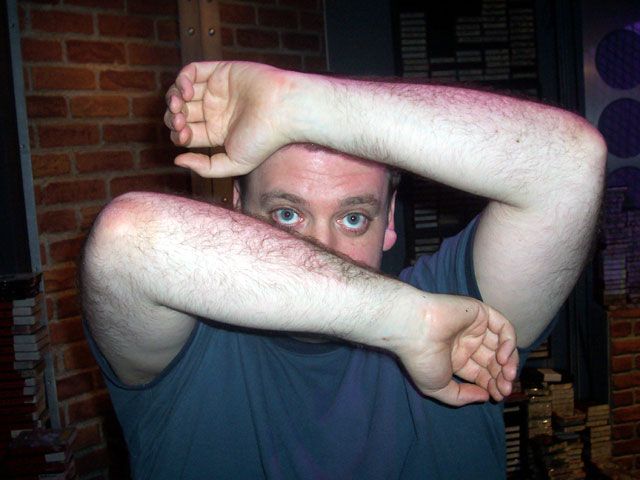 As if it were a sign to wake everyone up from Jay Leno’s tribute to Carson, Benjy’s alarm clock went off in the studio in the middle of the show. Howard wanted to know why Benjy had an alarm clock in here and why it was going off in the middle of the show. Benjy was stumbling for an answer when Gary came in and said that Fred had recently found Benjy sleeping on the studio floor before the show started. Fred said it was much more bizarre than that because Benjy was lying on the floor with his eyes wide open. Benjy said that ever since Howard threatened him with losing his job if he was late again, he now gets in even earlier than necessary. Sometimes he’s in so early he dozes off, which is why he sets an alarm clock. Artie told him that it wasn’t necessary since he or Fred wake Benjy up in the morning when they come in. They’ll kick him or something. Benjy apologized and said someone else must have set his alarm clock to go off at that time.