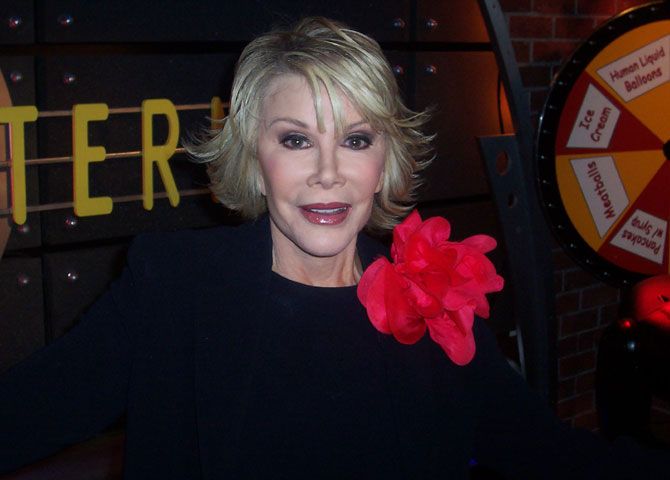 Getting back to the Carson tributes, Howard played a clip of Joan Rivers on a morning news program crying, while she talked about Johnny. She started off by reminiscing about Johnny, saying how he never talked to anyone during commercial breaks. She said he was all warm and loving when the cameras were on, then refused to talk during the breaks, sometimes going over and playing drums with the band. Howard joked that Johnny is sure coming off as a great guy in all these interviews. Artie noted that almost everyone said basically the same thing about Johnny – he was a great guy and they hadn’t talked to him in over 20 years. Joan was asked about the fall out she had with Johnny back in 1983 when she was offered her own talk show. Joan said she had called Johnny to tell him about it and he hung up on her. She called him back and he hung up on her again. That was the last time she ever talked to him. At this point, Joan got choked up and started crying. Artie wondered if her face actually moved when she cried.

Howard wondered why Joan was getting all worked up. No offense to Joan, but why was she surprised that Johnny was mad at her. Johnny had given her her first big break letting her guest-host the “Tonight Show” and basically helped make her career. In return, Joan had signed her own talk show deal that directly competed with Johnny, without ever discussing it with him. Howard said that would be like Artie suddenly coming in one day and saying he had signed a contract with a Morning Zoo radio show. Howard said Joan shouldn’t care what Johnny thought of her. She made her decision, had done what she thought was right for her, and that’s the end of it. Joan continued, saying she had always dreamed of running into Carson in a restaurant and having the chance to talk to him again, but it never happened. At this point, she was really crying.