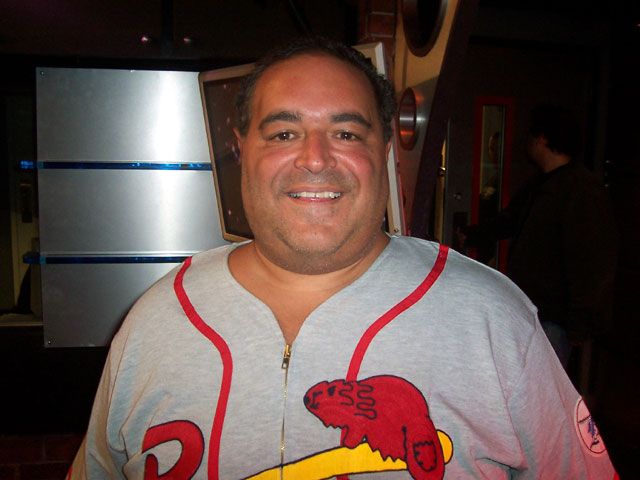 Howard talked about the show “Celebrity Fit Club” on Vh1 which is basically “The Biggest Loser” with celebrities. Two teams of celebrities compete to see which team can lose the most combined weight per episodes. Joey G, best known as the mobster who got oral from a guy in the Sopranos, is on the show and he made his team lose the other day. Howard said it was really funny because his team was actually winning by two and a half pounds?until they weighed Joey that is. Joey GAINED 12 pounds that week, causing his team to lose. Howard laughed and Artie yelled at Joey for stealing his bit! Gaining weight on a diet show was his idea! Howard said that what Joey did was basically piss all over the contest. Joey G called in to tell Howard that gaining that weight was part of his master plan for the show. Joey announced that he’s getting married in May and is having his bachelor party in Las Vegas. Howard said he couldn’t’ believe it and was more shocked when Joey said he planned on staying faithful in his pending marriage. Howard said that Joey is 46 though, so with his half his life gone, why not get married? Joey also claimed to have lost 135 pounds from doing the Vh1 show, getting a band around his stomach and using Stacker 2 weight loss supplement. Howard said he couldn’t believe that either and wants Joey to come in and take his shirt off to prove it. Howard asked him if he had lost his Man Boobs and Joey said that they were gone. Artie bet that Joey G’s character will now be able to get much hotter guys to give him oral in the Sopranos.