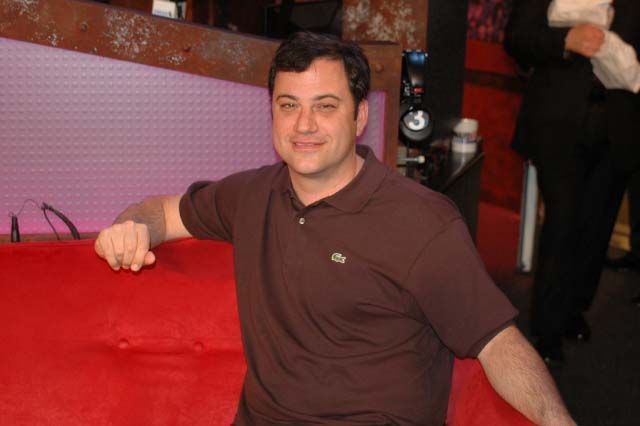 Howard started out this morning running through the very full schedule planned for today’s show. Jimmy Kimmel was in town to sub for Regis, so he would be coming by along with his biggest fan. A woman was coming in to play Win Fred’s Money, only this time with the threat/promise of nudity if she lost. Then “Knee High P.I.” Marty the Midget AND show regular Tabitha Stevens would be dropping by for visits.

Finally, since this is Friday, Mike Walker would be calling in with this week’s installment of the Gossip Game. And, if all that’s not enough, Howard reminded everyone that today was the last day they would have a chance to win $25,000 by getting one of the celebrities listed on the site last week to call in. There has been quite a bit of activity around this contest, but so far no winner. On Wednesday’s show, Chaunce reported that Paris Hilton was interested and today Melrose Larry Green said that he was very close to getting OJ Simpson to call in. Gary added that there was a possibility Kobe Bryant might call as well.

Howard also took a moment to plug his new favorite feature on this site: Page Sixty Nine (for those that are having a hard time finding this on the home page, remember that the number is spelled out). In this week’s edition, look for stories about Howard and Ronnie, Scott the Engineer, the dynamic duo (Sal the Stockbroker & Richard Christie), Gary Dell’Abate and E! folks Brian Phelan, Isaac Mark and Mike Gange. One caller let Howard know he had a great team in, “Scott the Stockbroker and Richard Christine.” Artie thought that was pretty funny and told the caller he’d let “Scott the Stockbroker” know.