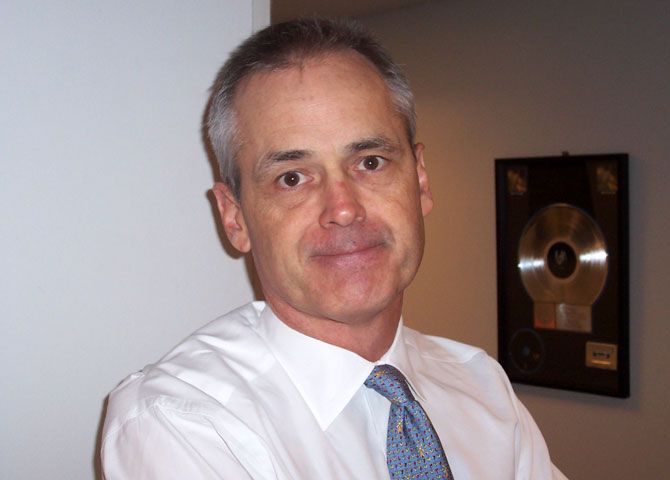 Howard was mad this morning over an email he received from Tom Chiusano telling him he has to take an FCC test online. Howard said the email almost sounded threatening, like he had to take it or else. Well, Howard had news for Tom – he’s not taking the test. Howard said it doesn’t say anything in his contract about taking tests and he refuses to do it.

He told everyone else on the show not to take it either. Gary Dell’Abate said he and Jason Kaplan took it yesterday because Tom was riding them to take it. Robin said Tom had personally talked to her about taking the test and apparently he also talked to Artie, Benjy and Fred. Artie said Tom made it sound real important and something they had to do and he seemed pretty mad that no one was taking it seriously. Howard said the test is ridiculous and no one should have to take it. What are we, in grade school? Gary said the test was really easy and he didn’t even need to read the questions. Every answer was just the worst possible scenario.

Basically, whichever answer said the FCC could fine you for whatever you’re doing, that’s the answer. Tom tried to tell Howard the test was designed to give everyone a better idea of what the FCC guidelines are. However, Jason disputed that comment, saying the test was vague with a lot of “non-answers.” Jason said it basically boils down to, anything you say can be deemed a finable offense by the FCC.

Tom ended up leaving the studio pretty mad that Howard told everyone not to take the test, but Howard decided he wanted to give Tom a test of his own. He asked Tom one multiple choice question, “When are we having our Christmas party?” A. We won’t have one. B. We’re all out of our minds. Artie followed that question up with one of his own, “When should the Christmas party be?” A. Within three months of Christmas. B. Once every four years. Gary pointed out that WNEW lost $10 million this year, yet still had a great, sit-down dinner, Christmas party at a nice steak house. Our station actually MADE money and we got nothing! Howard wanted to know why every other company was able to figure out how to throw a Christmas Party this year but us.

A recent news article pointed out that this November will be Howard’s 20th year at KROCK. Howard said as far as he knows, there’s no congratulatory party being planned. 20 years at the company and now, because he’s leaving at the end of the year, there seems like there will be no anniversary celebration of any kind. Howard said it really sucks because he’s made a lot of money for this station and for the people who work here, but no one seems to care.

Taylor Rain, Miss Howard Stern, and the One Called ‘Zotard’