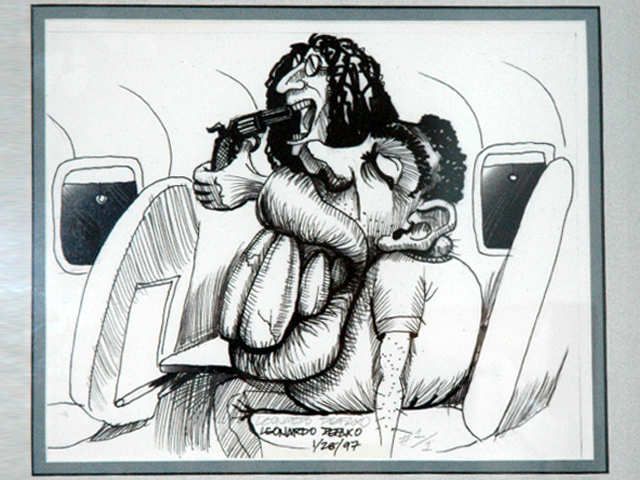 Howard informed everyone that Gary wasn’t in the office yet this morning because he had overslept. He then played a tape of Jason Kaplan calling Gary at 6:10 a.m. to find out where he was. During their conversation, Gary first asked Jason what time it was and then said he’d be at work after he took a shower. Robin was curious where Gary was sleeping since he didn’t have a clock around to see what time it was.

Howard also commented that, because Gary was already late he should’ve just skipped his shower and gotten into work as quickly as he could. Artie pointed out that Gary does have the kind of job where he could miss a shower here and there without drawing too much attention to himself. Howard noted that whenever Gary falls asleep, it is almost impossible to wake him up. To illustrate his point, Howard told about a time the two of them were flying to New York from Los Angeles. A few minutes into the flight, he noticed Gary was already sleeping. Howard remembered that, for the whole time he was out, Gary kept licking his teeth and gums because his mouth was so dry. Howard said, at one point, Gary woke up and asked the stewardess for some orange juice, drank it, and then went back to sleep. Artie commented that he gets jealous when he is around people who have no problem falling to sleep. Howard mentioned that Gary has that talent down because there isn’t anything in his head that would cause him to stay awake. (The artwork in this photo was sent to the show by the artist who drew it after Howard first told the story of flying with Gary back in ’97.)