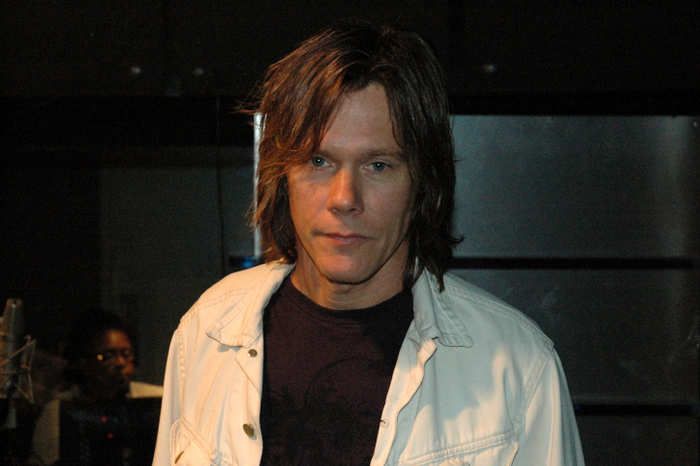 When Kevin Bacon came into the studio, Howard asked him if he was as big a pussy as Sal. Kevin responded that he is, in fact, pussy-whipped, but that he is proud of it. Kevin pointed out that he and his wife, Kyra Sedgwick, seem to have the opposite relationship of Sal and his wife.

Kevin explained that in his marriage, he is the one who is constantly asking Kyra to do things like take off her shoes while she is in the house. He admitted, though, that Kyra usually just ignores him.

One Degree of Kevin Bacon

Howard brought up that Kevin has recently invited him to two of his parties, both of which featured A-list celebrities. Because he isn’t used to being asked to attend parties where other celebrities are present, Howard wanted to know if there were bashes that Kevin and Kyra host that they wouldn’t invite him to.

Kevin assured Howard that he loves him and that he and Kyra invite him to every get-together they have. Kevin went on to say that it amazed him that Howard didn’t understand he was as big and important as anyone else who comes to the shindigs he and his wife throw.

Howard pointed out that he met Bruce Springsteen at Kevin’s first party and that he caught a negative vibe from him. Howard also noted that Bruce wasn’t at the second party and was curious if it was because Bruce thought Howard would be at that one as well.

Kevin informed Howard that he hadn’t spoken to Bruce about the situation, but was pretty sure Howard’s potential presence wasn’t the cause of him not being there.

Directing Other Guys to Do Kyra

Howard noted that Kevin directed the film, “Loverboy,” in which Kyra did other guys and got naked. Howard wondered if that bothered Kevin or if he had to encourage the actors to go along with the scenes.

Kevin acknowledged that some of the actors had trouble with the love-making scenes because of Kevin’s relationship to Kyra, but he said he encouraged them to act as naturally as possible.

Howard informed Kevin that if he ever did a love scene with Kyra, he might actually penetrate her just to see how far Kevin’s boundaries could be pushed.

Kevin admitted that if that happened, he might have to step in and tell Howard that he was going too far.

Getting to the Truth 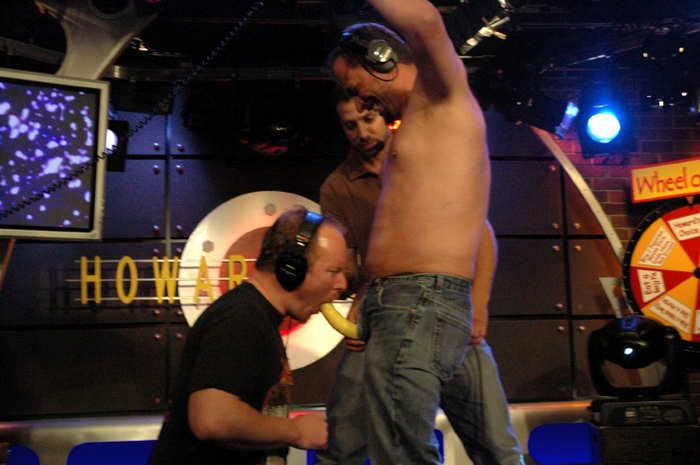 Howard revealed that he heard Kevin has a gay scene in his new movie, “Where the Truth Lies.” Kevin responded that although he didn’t want to give too much away, he performs no homosexual acts in the film. However, he told Howard he would have no problem playing a gay man in a movie if the script was good.

Howard then asked Kevin if he’d be willing to be a power-bottom in this hypothetical film, but Kevin said he couldn’t because he would never cheat on Kyra.

Kevin brought up that “Where the Truth Lies” was recently given an NC-17 rating due to the amount of sex in it. Kevin reported that the director tried to cut some scenes, but the ratings panel, which included two clergymen, wouldn’t give the film a less restrictive rating. Kevin explained that when a picture is rated NC-17, not only will some newspapers not run ads for it, but most theaters won’t show the movie either.

In fact, Kevin pointed out that his “Today Show” appearance was canceled this morning due to the NC-17 rating “Where the Truth Lies” received. He added that none of the other morning shows will even touch him because of it either. Kevin went on to say that when a film is slapped with such a rating, the producer can choose to either roll with it or release the movie unrated. He said the producer of “Where the Truth Lies” opted for the second option.

Howard suggested that Kevin could’ve solved the problem if he would have just gone into the meeting with the ratings board and delivered the speech he gave to the town council in “Footloose.”