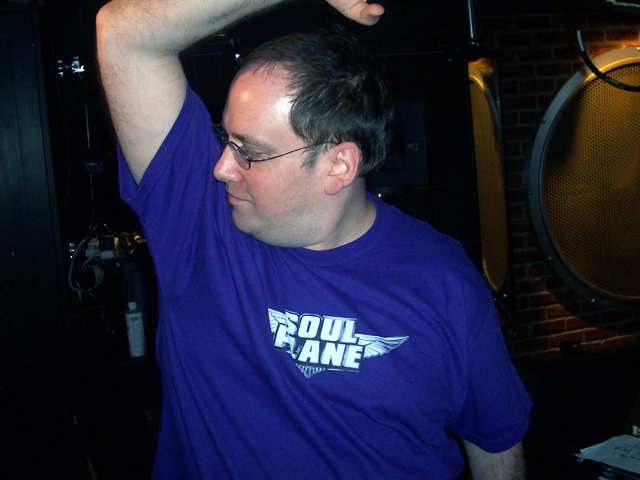 Fred opened the show by playing Aerosmith’s “Take Me to the Other Side.” When the song was done, Howard noted that it was chosen because it had a hidden message.

Artie pointed out that, although he doesn’t consider himself to be the smartest guy out there, he was pretty sure he could figure out what the message was. Artie went on to say that he’ll really get the picture when the opening song is “Benjy Doesn’t Have a Job.”

Since he mentioned Benjy, Artie commented that he has a hard time sitting next to him in the morning. Artie explained that, because Benjy runs to work, he’s always covered in a layer of sweat when he first arrives. Benjy responded that what Artie sees is merely a “two-second sweat,” and that he’s always fine within minutes. Benjy added that it’s the kind of perspiration that doesn’t smell, so it’s not like Artie has to put up with his odor. Artie informed Howard that Benjy is in this state every morning because he has to run to work to make it in on time, even though he gets up in plenty of time. Benjy replied that he does awaken early each day, but that he’s constantly running behind because he does work for the show in his apartment, and then loses track of time. Fred reported that not only was Benjy’s sweat an issue this morning, but that he was also bleeding following a shaving mishap.

Federline on Her Mind

Seeing His Own End