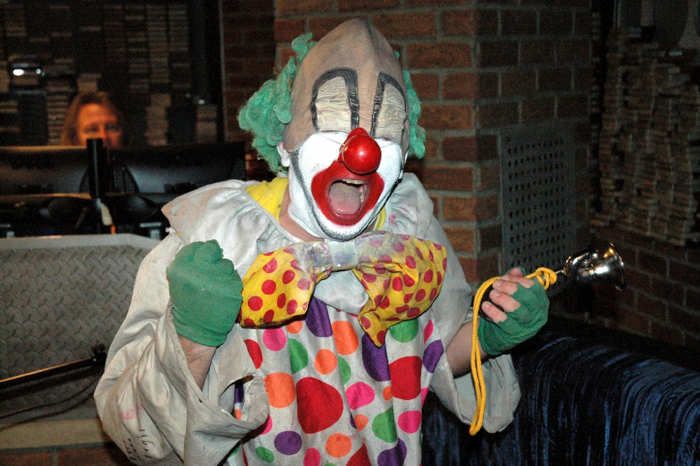 Yucko the Clown sat in for his final visit before Howard leaves regular radio.

Howard announced that Yucko’s MTV2 show, “Stankervision,” was recently canceled, so he was now back to making prank phones calls for the show. Yucko claimed his program did decently in the ratings, but that, in order to make it on that network, you have to know the right people.

Yucko added that his material was limited because of all the words he couldn’t say, which he thought took away some of the show’s quality.

Send Out the Clown

Howard played some phone calls Yucko made to Gary the Retard pretending to be Daniel Carver and High Pitch Eric. Howard commented that Gary hates Yucko because of all the pranks he’s played on him throughout the years.

Howard then played a song Yucko recorded about everyone on the show when he was trying to win Stuttering John’s job. After the tune was done, Howard mentioned that he had forgotten how racist the song was.

Yucko insisted, though, that since he hates everyone, he can’t be labeled as a racist. Yucko told Howard that he can’t wait to visit him when he moves to SIRIUS so he can be as raunchy as he wants.

Artie pointed out that Yucko is hilarious and that he actually liked the episodes of “Stankervision” that he saw.

However, Artie added that the one person on the show who ruined it for him was the guy who looked like Yucko, just without the makeup.