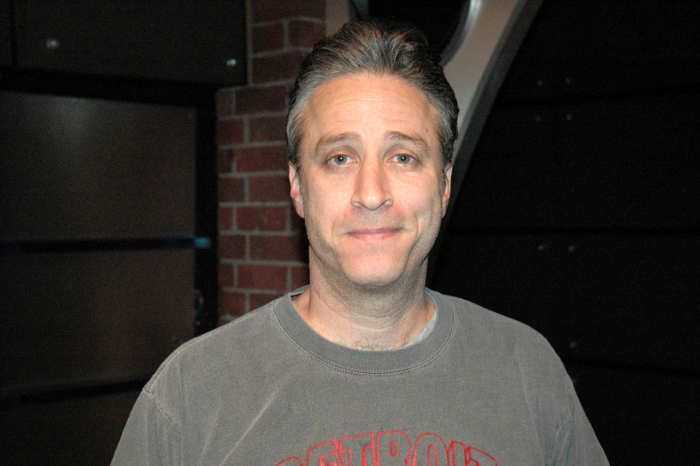 “The Daily Show’s” Jon Stewart came into the studio for his final appearance with Howard on old fashioned radio and to promote his part in “The Comedy Festival” in Las Vegas later this month. Since Jon has so much gray hair, Howard asked him if his pubic hair was experiencing the same change. Jon replied that, although he doesn’t look at his downstairs area very often, he’s sure there’s some gray hair in the mix.

Robin wanted to know if Jon has noticed any changes to his member as he’s gotten older, but he said the process of aging is so gradual that he hasn’t. Jon went on to say that, although he might have some gray pubic hair, he isn’t “Steve Martin gray” quite yet.

Howard commented that he heard Jon was the first person Infinity approached to replace him, but that he turned down the offer. Jon revealed that he was, in fact, contacted about the job, but since he had never done radio and was being asked to replace someone as important as Howard, he said no. Jon also commented that, since Howard had built up such an empire, he understood why Infinity was in panic mode when they were searching for his replacement.

Not Too Tough to Cry

Because he’s still in the process of being interviewed for “60 Minutes,” Howard asked Jon what his experience was like when the program did a piece on “The Daily Show” last year. Jon told Howard that the “60 Minutes” crew first spent a day on the set of the show and then took him out for a meal.

Jon reasoned that the show spends so much time with its subjects because the producers figure that, eventually, they’ll let down their guards and give the perfect sound bites that can be used for their promos.

Howard told Jon he was right, but admitted that he started welling up right away during his interview when Ed Bradley asked him about what he was like to work for. Ralph, who was present during this interview, called in and told Howard that he was close to knocking over the cameras to save Howard from the embarrassment of crying on national television.

Artie pointed out that if Howard cried on the air, the happiest person in the world would’ve been former baseball great, Mike Schmidt, whose emotional retirement announcement has been played repeatedly on the show. Robin also noted that Jon isn’t a stranger to crying on the television, because he wept shortly after September 11. Jon responded, saying it at least took a terrorist attack to get him going and that he didn’t break down over baseball or his coworkers. 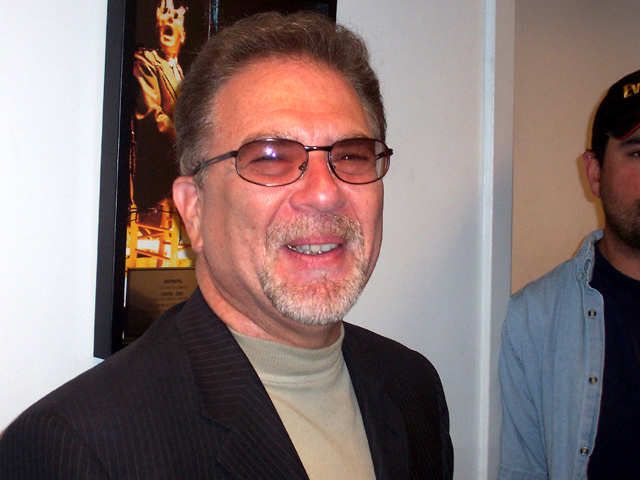 After not being back since his family moved away when he was 15, Howard returned to Roosevelt, Long Island with the “60 Minutes” crew yesterday. Howard commented that there were so many memories flooding into his head during his visit that he didn’t even know where he was. Howard added that Ed even had to point out Howard’s old house to him because he didn’t recognize it due to his mental state.

Howard mentioned that they also shot some footage in his old high school and that seeing certain places in the building brought back recollections of being beaten up and tortured. Ronnie the Limo Driver reported that Howard was so out of it yesterday that he didn’t say a single word the entire ride home. After listening to the story, Jon kidded that he heard “60 Minutes” was going to name the piece “Howard’s Gay Day.”

Howard asked Jon why he thanked David Letterman and not Jay Leno during his acceptance speech at this year’s Emmys.

Jon told Howard that Dave had an impact on him growing up, so he wanted to let him know. Jon also noted that the gesture was not a shot at Jay, whom he doesn’t know all that well.

Jon added that Howard is another person who meant a great deal to his career, primarily because he was the first guest to appear on his short-lived MTV talk show, “The Jon Stewart Show.” Jon went on to say that Howard’s program is always intelligent and funny, so he was happy to come on one last time before he goes to SIRIUS.