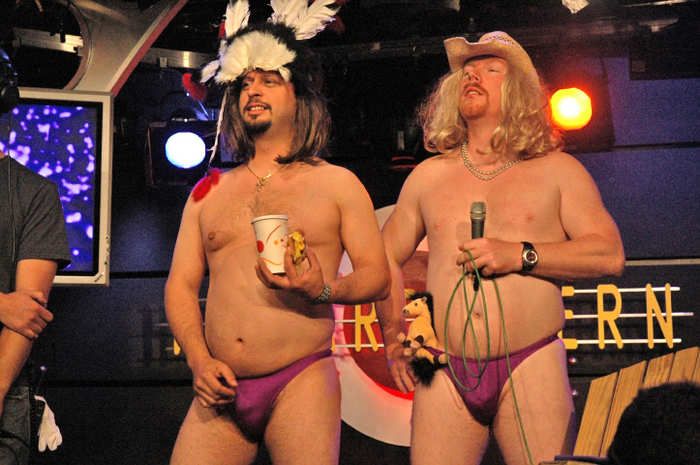 Gary reported that Sal and Richard did something yesterday that was disturbing on many levels. For starters, Gary explained that the two of them decided to relieve themselves in adjoining stalls, which Howard commented was disgusting. In addition, Gary also noted that during the “cleaning process,” Sal and Richard slid used toilet paper under the wall separating their toilets to showcase what they had removed.

When the duo came into the studio, Sal explained that he noticed what was on his toilet paper yesterday looked particularly funny, so he decided to share it with Richard. Sal continued that before he knew it, Richard had returned the favor. Richard then assured Howard that they exchanged their original toilet paper once again, and flushed it. Richard went on to say that after Sal slid the first sample under the wall, he had difficulty concentrating on the business at hand because he was expecting more of it to fly over the wall and land on his head.

Howard asked Richard and Sal how the filming of “Super Twink” went last week. Richard reported that everything went well, and that the plan is to have the 20-minute film, along with its “making-of” documentary, on iNDEMAND in January. Richard went on to report that Wood Yi, Elephant Boy, High Pitch Eric, Artie, Sal, JD and himself are just some of the people staring in the movie.

After Richard explained the movie’s plot and characters, Gary recommended that he submit “Super Twink” to gay film festivals, but Sal noted that it’s “too gay” even for gay people. Artie agreed with Sal’s assessment, adding that he was mortified when he walked on the set and was surrounded by guys who were wearing nothing but thongs. Artie also mentioned that when he saw High Pitch during filming, he noticed he was wearing the biggest pair of sweat pants he had ever seen.

High Pitch then called in, told Howard his waist size is 56, and that he buys his clothes from big and tall stores. Howard responded that when he was heavy, he used to shop at similar stores, and now believes that they act as enablers encouraging heavy people to stay fat.