After Howard began this morning singing “Thank You to the Fans is What I Want to Say” to the tune of Credence Clearwater Revival’s “Who’ll Stop the Rain?,” he noted that there are only 11 shows remaining following today’s program.

Howard then commented that he had developed a rash over the right side of his body a few weeks ago, but that he didn’t get any medical treatment for it. Howard explained that because of books by Dr. John Sarno, he realized the rash was stress-related, and said that, after a few days, it went away.

Time to Relax a Bit 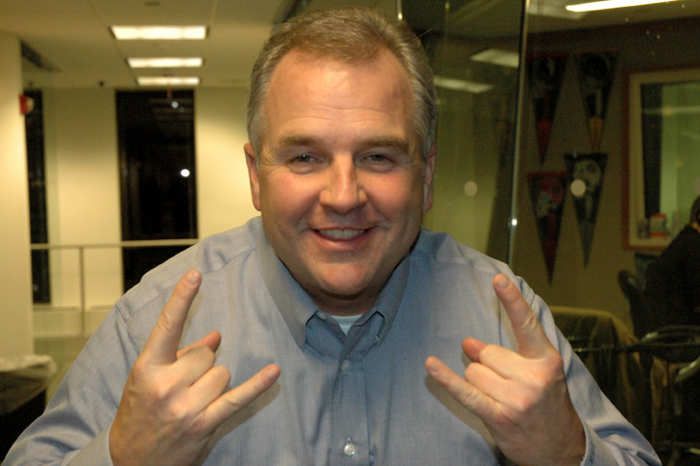 Howard acknowledged that he’s been so stressed lately because of all the work he’s doing for both SIRIUS and iNDEMAND, as well as the fact that he tries to do the jobs of other people. To illustrate his point, Howard reported that The Howard 100 News came on 13 minutes late yesterday, and that he “blew his stack” because of it.

Howard then said that he wrote a memo to Tim Sabean, his programming director at SIRIUS, telling him that he can’t continue to do his publicity and worry about everything that’s going on at the station as well. After sending the email, Howard made a deal with himself that he needs to concentrate on creating shows for his channels while letting Tim handle all the other details.

Robin then assured Howard that Tim is very capable of such a task, and that was why he hired him in the first place.

Howard agreed with the statement, and added that, from now on, he’s going to stop working everyday by 6:30 p.m. so he doesn’t have a breakdown before beginning his career at SIRIUS.

The Doctor Is In

Howard announced that his plan to have therapist Dr. Ellen McGrath talk to some people about their problems is set to air next week, and that the program will be called “Meet the Shrink.”

Howard revealed that Dr. McGrath’s first “patient” will be Jeff the Drunk.

Robin mentioned that she heard Jeff’s mother being interviewed on the Howard 100 News yesterday, and that she actually seems to like her son.

Howard responded that he heard it as well, and that Jeff’s mom made it sound like she does, in fact, depend on him, as Jeff claimed earlier this week.

Howard went on to say that he knows Tabitha’s family members hate what she does for a living, and that he’s looking forward to hearing her talk about her problems on the show.