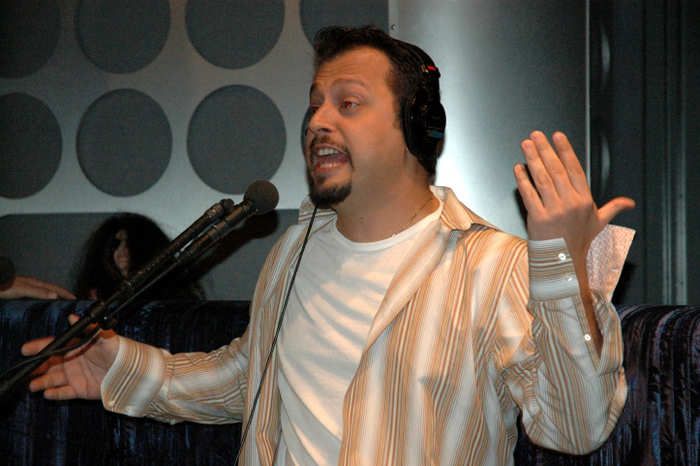 Howard announced that Sal taped a few discussions he had yesterday with his wife, Christine, and that he thought their home life sounded like a nightmare. In the first clip, Howard explained that Christine was yelling at Sal because, while the family was attempting to take a picture for their Christmas cards, he kept positioning their dog, Cinnamon, so that her behind was facing the camera.

The other tapes Howard played were of Sal and Christine arguing while their kids were crying, and Sal telling her that he couldn’t pick up a curtain rod from the floor because he was carrying their baby.

Christine got on the line, and Howard told her that as harsh as she is at times, he understood her frustration with Sal when it came to the Christmas card picture. When Howard also pointed out that it sounded like there was no peace in their house, Christine claimed that the yelling sounded worse on the tape than it actually was because there are no carpets in their home. 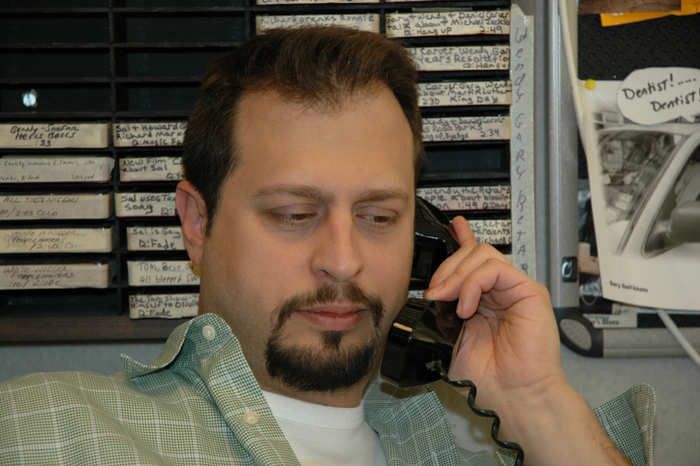 Sal came into the studio and acknowledged that his home life is stressful. In fact, Sal mentioned that he’s had so much on his mind lately that he’s gained 20 pounds, and now has bags under his eyes. Given the way the two interact, Howard observed that Sal and Christine seem like the kind of people who yell at each other while out to dinner with friends.

Despite his feelings, however, Sal noted that wasn’t the case, pointing out that when they do go out to eat with friends, the women talk to each other while he drinks.

This comment led Gary to point out that he wanted Sal and Christine to have their own show on SIRIUS where they simply talk about their lives. Sal responded that, as much as he argues with Christine, he loves her and would never leave her.