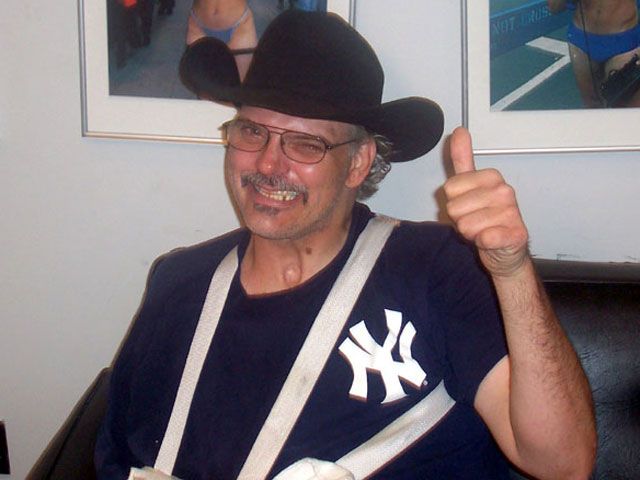 Jeff the Drunk called in today and Howard told him how funny his post pipe-hit coughing fit was the day before. Jeff had called in and started violently coughing after taking a hit off his bowl (while on-the-air). Howard wondered how smoking is enjoyable to Jeff if he has coughing fits like that. Jeff took a few more hits today and again started coughing wildly. Howard thought that that must bother Jeff’s mother, but Jeff said it didn’t. Howard wondered if Jeff’s mom thought Jeff was gross or if she actually showed him affection with hugs and kisses. Jeff said his mom does hug and kiss him and he knows she loves him very much.

Artie asked Jeff where he got the money to buy weed and Jeff said “he just has it.” He pays $35 for a nickel bag — which is high — but has it delivered. Howard said he should save a couple of bucks and actually leave the trailer once in a while to pick up the pot. Gary came in to say he heard that Jeff spends a lot of time playing Xbox, even though he can only play games that can be played with one hand, such as bowling and golf. Howard was more interested in Jeff’s mother though and wanted to know if Jeff could get her on the phone. Jeff said she loved Howard, but wouldn’t come on the air.