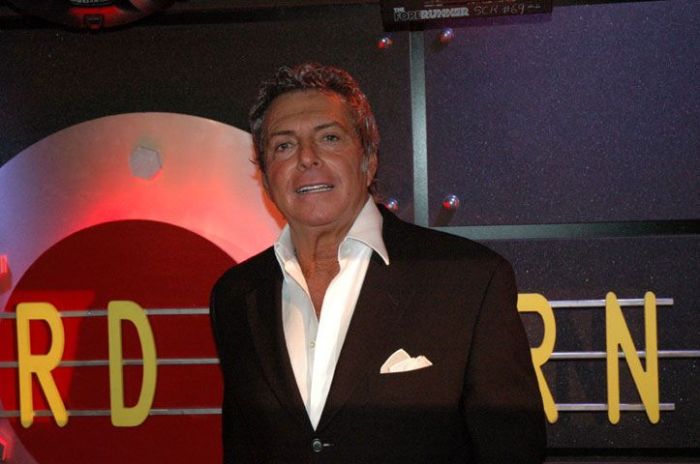 Gianni Russo, best known as “Carlo” from the “Godfather”, came in today to promote his new music album “Reflections.” Howard said anyone who was ever in the “Godfather” is always welcome here and he was welcoming Gianni (pronounced “Johnny”) with open arms. Gianni had some wild stories to tell and started with ones about the “Godfather.” Gianni was “connected” and the mob was against the making of the “Godfather.” Gianni, who had never worked as an actor before, auditioned and was rejected. But after mobsters bombed the Paramount Gates, the studio hired him hoping it would quell tensions with the mob. Gianni said that once on the set he heard that Marlon Brando wasn’t thrilled with him being there so Gianni went up and seriously threatened him. Brando thought Gianni was acting and said he was brilliant at it. Brando ended up becoming an acting coach of sorts for Gianni. Gianni said that Brando helped him most during the scene right before he was about to be killed, telling him his character should clutch the plane ticket to Vegas like it was a life preserver. Gianni also had some run ins with James Caan, who apparently hit Gianni for real during their big street fight scene. Outside of the “Godfather,” Gianni has also lived a wild life. He claims to have slept with Marilyn Monroe for a weekend when he was 16. He said she was fat by today’s standards but he was a horny teenager and she was a goddess who took him into her bed even though she was married. He said she gave great oral. He also claimed to have had a 12 year relationship with singer Dionne Warwick. He said that he took some grief for dating a black woman but he enjoyed being with her, although he was never faithful. He also claimed to have had sex with Dionne, Telly Savalas’ wife, and John Kluge’s wife all within a nine hour period. Some of the other things Gianni talked about: – He said he once killed a guy in his club because the guy attacked a girl with a knife. Gianni said the guy was connected and it was a big deal that Gianni killed him. He had to go to Columbia and talk to Pablo Escobar personally about the entire incident. Fortunately, it turned out that Escobar didn’t like the guy much either so it ended up not being a huge deal for Gianni. – He said he’s not sure, but he thinks he may or may not have slept with Zsa Zsa Gabor. He took her out on a date at the request of his friend Merv Griffin. Gianni joked that while Zsa Zsa looked good when she was younger she was still “built like a wedding cake.” He said that he and Gabor went up to their room and Gabor slipped into the bathroom and turned out the lights. Then a “10” got into bed with Gianni and had wild sex with him. Gianni said he’s convinced the girl that got into bed with him was not Zsa Zsa and after the sex was over the girl left and Gabor got back into bed with him.