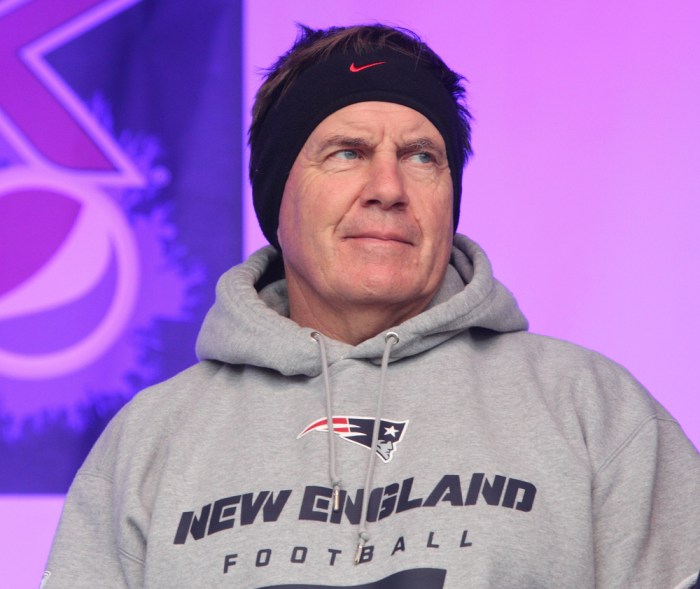 Yesterday, three time Super Bowl Champion coach Bill Belichick called in to grant Howard a rare interview because he’s such a huge fan of the show. Bill had hundreds of interview requests yesterday but made sure to do our show for that reason and also because Howard knows the Krafts, the family that owns the Patriots. So Howard said he was a little upset because he received a lot of email form people claiming that was a fake Belichick.

A lot of people thought it was our LA correspondent, Gary Garver, for some reason, pretending to be Coach Belichick. Howard wondered who even knew what Garver sounds like? Robin said he certainly doesn’t sound like Belichick. That aside, Howard assured everyone that it was really coach Belichick and he really is a fan of the show. Howard only wished he had more time to interview him. He would have asked him why, if he’s such a great strategist, he’s wasting time in football and not planning the war in Iraq instead? He also wanted to ask Belichick if he felt he had to be a good football coach because his dad was one and he thought he had to please him. He wondered if Belichick’s whole career was one big “love me daddy” and what kind of pressure that was for him. Howard then read some of the emails from people doubting it was the real Belichick. One guy said if that was really Belichick then he’s the queen of England. Robin then informed the emailer that he is now the Queen of England.