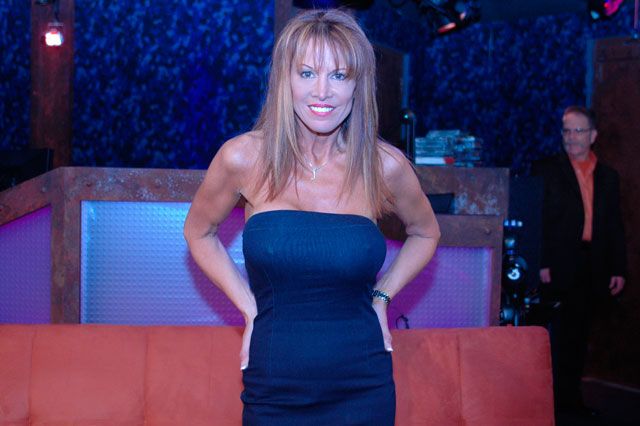 The beautiful Jessica Hahn called in today but sounded very out of it and spacey. She said that she recently had a boob job and was very tired and on painkillers so that’s why she sounded so bad. She said her new boobs are beautiful and she’s really happy with them. She even made them a little bigger. Jessica was having a very hard time stringing full sentences together and Howard kept asking her to just please go to sleep and get some rest.

Jessica revealed that she’s currently in rehab, although she’s doing home rehab. The reason she’s in rehab is that she wanted to lose weight recently so she decided to start doing coke to lose it. She’s doing home rehab because she knows she’d just run away from a 28-day clinic if she went there. But doing it from home is helping apparently; she claimed to be 60 days sober. Artie and Robin kept trying to point out that she’s not sober because she’s on painkillers, which are highly addictive. Artie said the painkiller she’s on is basically heroin. Jessica pretty much ignored that but did say she is ashamed of herself for doing coke to lose weight. Howard joked that Artie actually gained weight when he did cocaine but Artie said that wasn’t true. Ralph Cirella called in and said he didn’t like hearing Jessica this way because she didn’t sound like herself at all. Jessica told him how great her new breasts are and Ralph joked that, in that case then, everything was okay in his book. Jessica eventually got off the phone and promised Howard she’d go to sleep.