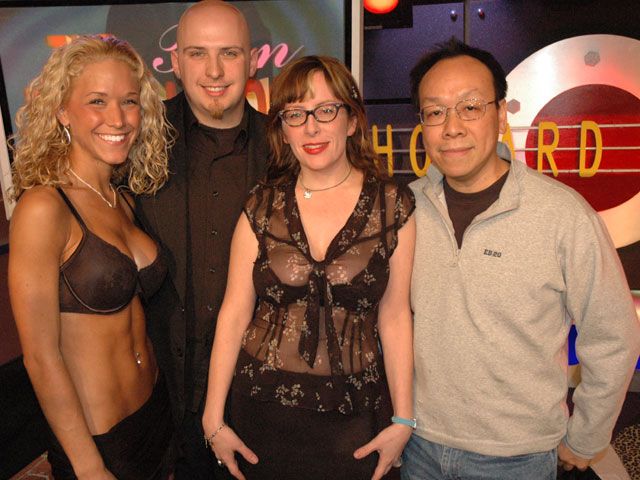 Howard said he just doesn’t understand why Tang doesn’t sleep with any of the hot girls he shoots and wondered if Tang was gay. Tang said he wasn’t gay but he also just never sleeps with a girl he takes pictures of because it wouldn’t be professional. Representing Barely Legal magazine was a woman named Lisa Jenio. She said that the big draw of her magazine is to have young, fresh looking, natural girls. She said that most of the girls in the magazine are 18 or 19 and all have natural breasts. It is against their policy to put fake breasts in the magazine. Barely Legal is a Larry Flynt publication which meant that Artie broke out his great Flynt imitation. Artie as Flynt said that showing fake boobs would be going too far for him. Howard said that Lisa really fit well with that magazine because she had the voice of an 18-year-old girl. The final judge was David DeZuzio from Swank magazine. He said that the girls in his magazines are as hot as the ones in Playboy and Penthouse but these girls do really dirty things. His magazine also does not put in fake breasts for some reason. After meeting the judges it was time for Saundra to come in.

Saundra made her big entrance wearing a short black skirt and tight sweater but Howard started yelling at Gary right away for blocking his view of her walking in. He said that Gary completely ruined her entrance and made Saundra go back and walk in again so he could watch. Gary started to follow her and Howard kept yelling at him to stay away. Saundra came back in, this time unobstructed, and Howard said she looked really hot. Saundra is 23 years old, 5’4″, 120 pounds, currently works as a stripper and is engaged to her long time boyfriend. She said that she’s only had sex with 2 guys and the other guy was a guy she hooked up with when her and her boyfriend temporarily broke up. She also said she has very little interest in girls which Howard found odd because most strippers are way into other girls. Unfortunately, she has fake boobs, which already disqualified her from Barely Legal and Swank but everyone of course wanted her to get naked anyway. Saundra quickly and eagerly disrobed and the judges began their evaluation. Lisa said that Saundra had a great face and great body but she wasn’t that thrilled with her fake cans. David really liked her even though his magazine doesn’t run fake boobs, although they are a little more flexible with their rules so he could find out about putting her in. Warren had no qualms though and said that Saundra was definitely Penthouse material. He said she had a great smile, a great tan, but he was also disappointed in her boobs. He said he could work with them though and would love to set up a test shoot with her some time. Saundra was very excited by that and said that was something she’d definitely like to do. 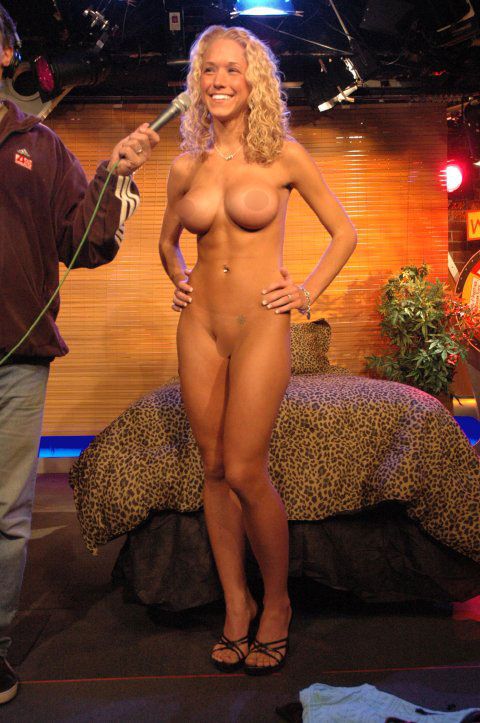 Even though Saundra was offered a Penthouse test shoot by Warren, her segment was far from over. In fact, the fun was just beginning. Howard asked Saundra to get on a bed they had set up in the studio and asked Warren to put her in various poses so everyone could see what was going on. Right away, Warren started barking out orders about how she should curve her back and straighten her toes in a certain direction. Howard said that Warren really knew what he was doing and knew how to set up a girl to make her look sexy. Howard called him a genius. 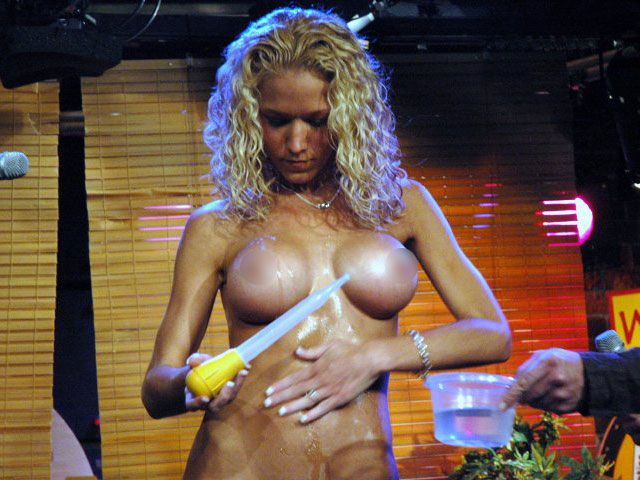 Doug Goodstein suggested that Saundra baste herself with oil and Saundra readily agreed. After oiling herself up a little, Warren had her pose on her knees for a while and then Doug asked her if he could shoot her with a water gun full of yogurt. Again Saundra agreed and soon her body was covered in a white, gooey substance. Someone also grabbed a whip cream bottle and Saundra began rubbing whip cream all over her ass.

Warren had her do a few more poses and everyone there agreed that Saundra was really easy to work with, took direction well, knew how to have fun, and most importantly of all, was smoking hot!