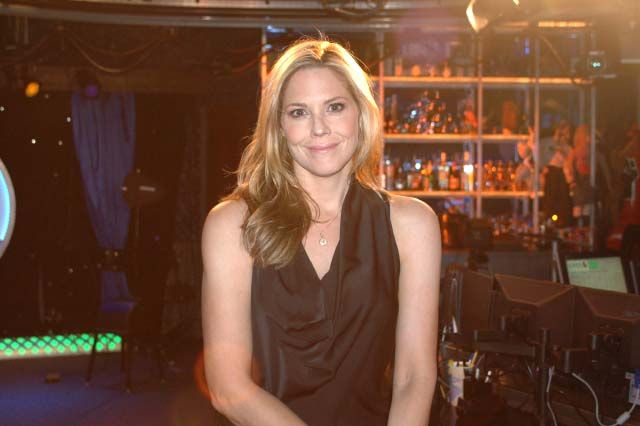 Howard’s movie wife, Mary McCormack, called in to promote an episode of the NBC show the “West Wing,” which she’s currently starring in. Howard said he hasn’t ever watched the show but he’ll try to now that she’s on it. Gary said she has a really big part and she’s really good in it. Howard complained that Mary was supposed to get topless in “Private Parts” but then backed out of it. Mary yelled that that wasn’t true at all! She said there was no nudity in the script and that Howard talked to someone else later about her getting nude but no one ever discussed anything with her. Mary reminded Howard that he did plenty of boob touching anyway, but Howard said that it was all over the shirt. He would have liked to get some under the shirt action as well.

In fact, he wishes they just had full penetration. Mary then joked that if she was a real professional, she would have let Howard really impregnate her for the scene as well. Howard said that Mary’s brother, actor Will McCormack, is dating Lucy Liu, who he met through Mary. He seemed upset that Mary didn’t introduce him to any of her hot actor friends but she reminded him that he was married at the time and then met Beth. Howard then commented on how great Mary’s rack looked on “Celebrity Poker” and congratulated her on her new baby, who Howard said was absolutely beautiful.