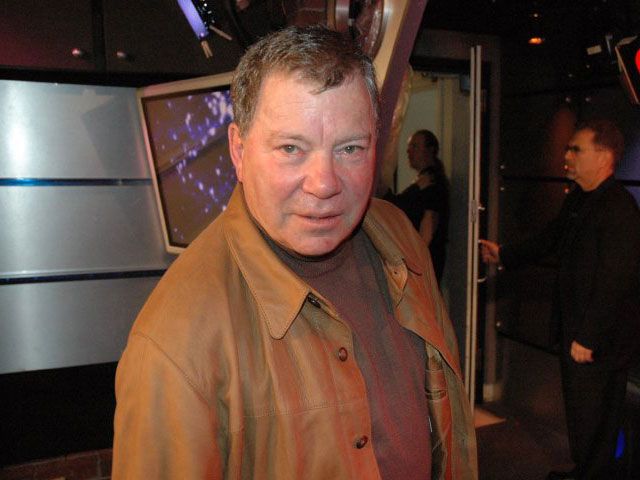 William Shatner came in today to promote a bunch of his new projects. He’s got his Emmy Winning role on ABC’s “Boston Legal”, a movie on Spike TV called “Invasion Iowa” which premieres on March 29th, he’s in the new Sandra Bullock film “Miss Congeniality 2” opening in theaters on March 24th and has a best selling album in stores right now entitled “Has Been”.

Everybody couldn’t believe how many things Bill is involved in. Howard joked with Bill about his frequent troubles mispronouncing words. At a recent event, Bill was giving a speech and thanking his costars on “Boston Legal” when he called Candance Bergan, “Candance Bergman.” Howard then played a tape from another time when Shatner pronounced sabotage, “sab-a-taage.” The engineer at the time had corrected him, but Bill said he was not going to repeat it because that’s the way he pronounces it. While Howard was interviewing Bill, Fred played a bunch of phony clips we put together featuring George Takei discussing Shatner. Bill got a huge charge out of them and several times just couldn’t stop laughing. Here are a few of George Takei’s phony comments: -William Shatner hates young black boys. -One night Bill Shatner squeezed a young Mexican boy’s wet lollipop. -Bill Shatner loves to get on his knees to squeeze Ricardo Montalban’s big fat wang. -William Shatner loves boy ass. -I remember putting my hand on Bill Shatner’s grimy ass.