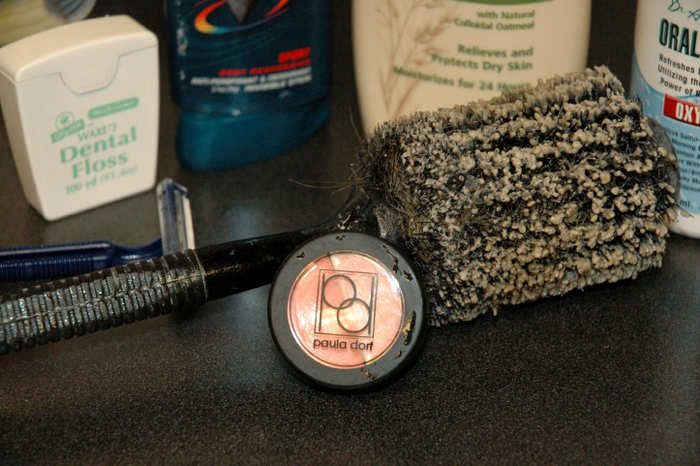 Finally, Gary came into the studio to announce a new contest sponsored by the new NBC show “The Office” premiering tomorrow night after ”The Apprentice.” This competition is for employees of the show (including the E! guys) the winner could take home $5,000. Howard called for all the interested players before announcing the details. Scott DePace said he was probably going to pass on it since he was afraid of the way it was being built up. Benjy, J.D., Jason, Richard Christy, Isaac, Will, Sal the Stockbroker and Dan the Song Parody Man all said they were in.

Then Howard explained that each contestant had to dress up as a chick and the judges would pick the best looking. DePace immediately dropped out, saying there was no way he would go on TV dressed like a chick. Dan the Song Parody Man thought Sal might have an unfair advantage because he already knows how to use makeup but Sal said he didn’t think he was going to do it because he wouldn’t shave his goatee. Dan said he might be in because even with his beard he might have a chance. Isaac said he’d probably be in it. Gary said he couldn’t wait to judge Sal. Will Murray said he was in and Robin thought he had a good chance of winning. Howard told the guys they could get a transvestite to help them out or something like that. Richard Christy was taking his hair down and Howard said he did kind of look like Jillian Grace. Jason was already thinking about how he was going to go about doing this. J.D. said he wasn’t sure if he wanted to be part of it or not because he didn’t like the idea of shaving his legs. Scott the Engineer came in and said he may join in all of the fun because he’s done it before in Howard’s book ”Miss America.”