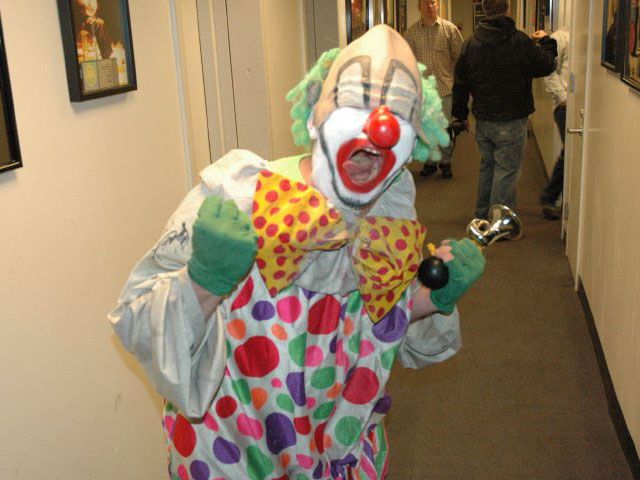 Everyone’s favorite racist clown, Yucko, showed up today to sit on the news. The only problem was there was no news today since Robin had to leave for jury duty. So Howard just rapped to Yucko about how hot Sioebhan’s daughter was and Yucko said that sometimes you just have to look past a girl’s father’s genital mutilation when you want to date them.

Yucko’s DVD “The Damn Show” is out and it’s being turned into a regular MTV series. Howard said he really liked the DVD, although he thinks there should be more Yucko in it. Howard and Yucko chatted a little more about some current news stories going on but Yucko seemed really subdued compared to how he normally is. A caller called in and made a bombing noise, saying that is what Yucko was doing today. Howard wondered if Yucko was trying to watch himself now that he has a TV series in the works. Fred agreed, saying Yucko sounded very business like today. Howard then pretended to be a big wig at MTV telling him to cut down on the racist material and Fred pretended to be a subdued Yucko agreeing to everything Howard was saying to him. Howard then ended the show by jokingly plugging Yucko’s upcoming appearance on the Ellen DeGeneres show.