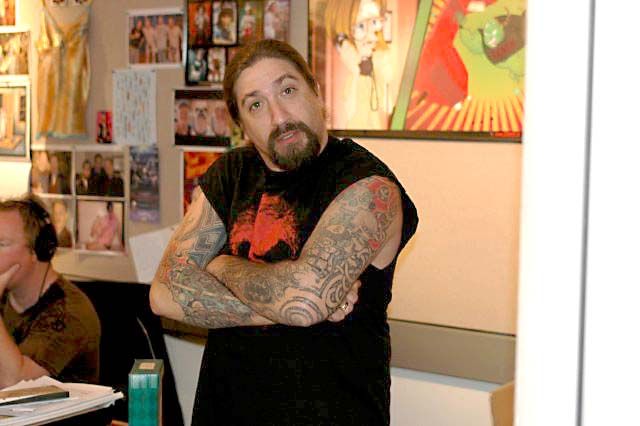 During one of the commercial breaks a big fight erupted between Ronnie the Limo Driver and Dan the Song Parody out in the hall. Gary said that it had something to do with Ronnie getting mad at Dan for trying to give him some pictures from Tabitha Stevens. Apparently Ronnie snapped at Dan and asked him if he was her F’ing agent! Ronnie came in the studio and said that he and Dan just don’t like each other and are always feuding.

Dan said that wasn’t true and said that he actually liked Ronnie although he knows Ronnie doesn’t really like him. Dan tried to explain that Tabitha had asked him to give Ronnie those pictures and then Ronnie blew up at him. Ronnie denied that he blew up at Dan and said that Dan has a major attitude problem which is why he doesn’t get along with him.

The E! crew gave Howard some audio of the fight that they taped in the halls with Ronnie and Dan really going at it. Ronnie kept screaming at Dan to just stay the F away from him. Dan said that Ronnie sits in the hall and busts everyone’s balls but he can’t take a joke himself. Sal the Stockbroker called in from the office to announcement that Terri Schiavo had just died – out of boredom from this argument.

Shuli the Comedian Sits In

Shuli the Comedian sat in on the news today but was a little over shadowed by the fight between Dan and Ronnie. Shuli talked a little about Mitch Hedberg and how he just saw him a month ago and he had been great. Howard wondered how serious a comedian Shuli is and Artie said that Shuli is the real deal. Artie has seen Shuli do stand up and said that Shuli is really funny. Shuli was pretty quiet during the news, quiet to the point that E! cameraman, Brian Phelan called in and asked if Shuli was going to be on the show soon because he’s a huge fan. Shuli laughed and said what a buddy Brian is