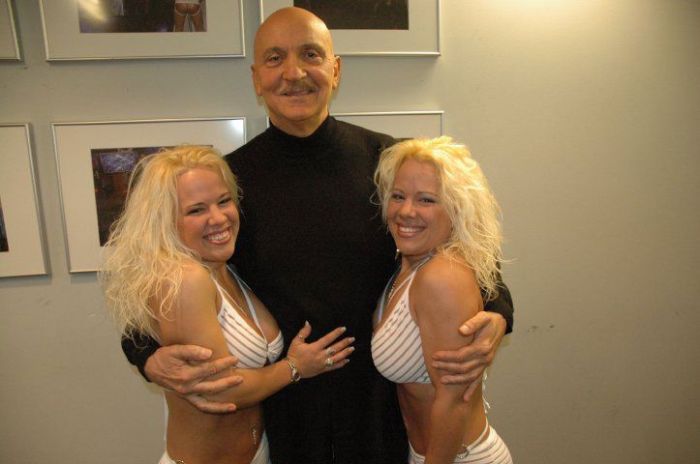 Sherrie and Carrie, the winners of last year’s “Twin Sisters: It’s Just Wrong” came in today to show off their prizes from that contest – new boobs and flat tummies. Accompanying them was world-renowned plastic surgeon, Dr. Sal Calabro, who performs many of the breast implants given away on the show.

Carrie said she was the one who got the breast implants, going from a B cup to a C cup while Sherrie got a tummy tuck which took her from a size 6 to a size 0. Howard said the girls looked great and that Dr. Sal, who recently dropped over 50 pounds himself, did a great job. Doug Goodstein said he read on Dr. Sal’s site that he sucked out over one and a half tons of fat during liposuctions last year.