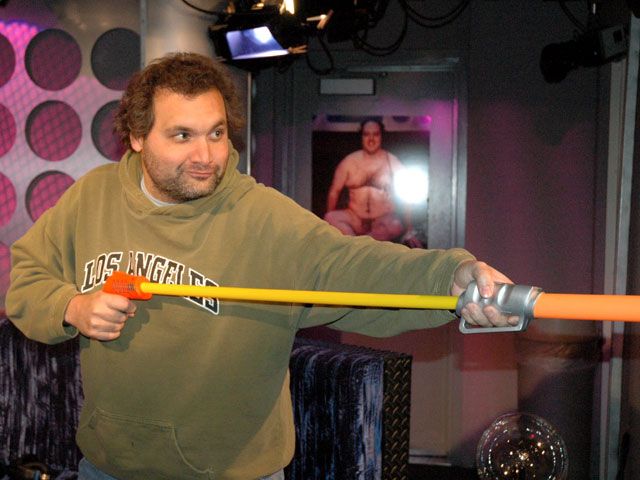 Howard said he thinks that Artie gets uncomfortable in marriage conversations and Artie agreed they intimidate him. Howard asked him how his relationship was going with Dana and if there were any plans to move in with each other yet? Artie said they had actually discussed that this past weekend and if they did move in together he’d want to get a new place because he feels his place is too small.

He feels that way despite the fact that he lives in a two bedroom condo with two full bathrooms. Artie said he likes his space and if Dana moves in with him he’d want separate everything. Artie said he’d probably want to get a house if he and Dana moved in together. Robin asked him how he’d deal with Dana’s dog moving in with him and Artie just chuckled.

Artie said all he knows is that he and Dana know they can be together for long stretches of time, but then admitted that the long stretch of time they do spend together are usually just weekends and jaunts to the Four Season hotel.