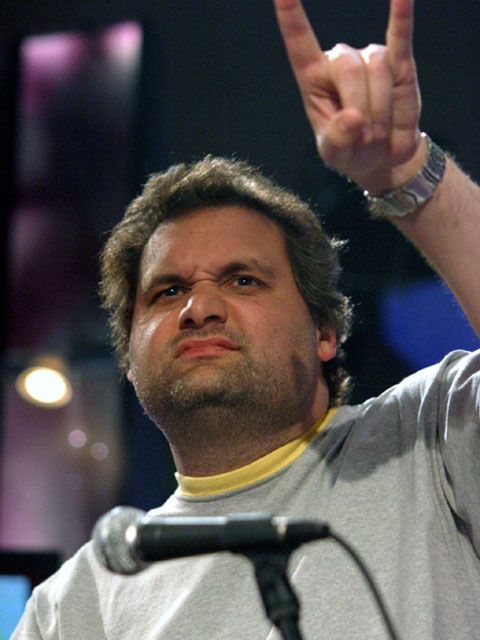 Cliff Palate, the guy with the bad cleft palate, called in today to report on his weekend with Artie. He called in last week to talk about Artie coming to Dallas and Artie invited him to his comedy show. Howard said that Artie can never relax backstage because he always invites people back there. No wonder he drinks backstage he said. Cliff said that he did spend a lot of time with Artie backstage and had a great time. Artie even brought Cliff on stage and had him say things like “The Cowboys Rule!” Artie said the crowd really seemed to like him. Cliff also went to Artie’s DVD signing and sat next to him the entire time. Artie said he thinks he can understand Cliff better now when he talks. Howard brought up the fact that Cliff’s parents never got his cleft palate fixed when he was younger. Robin reminded everyone that aside from the aesthetic reasons for getting the cleft palate corrected there are also a lot of medical reasons to have it done. Like the fact that he probably gets food stuck in there. Cliff said he actually does get food stuck in his palate all the time and has to pick it out with his finger. Howard asked Cliff to put his mom on the phone but Cliff said she wouldn’t be into it. Cliff had to go but before he did, Artie told him that he thinks he is “So f’ing hot”.