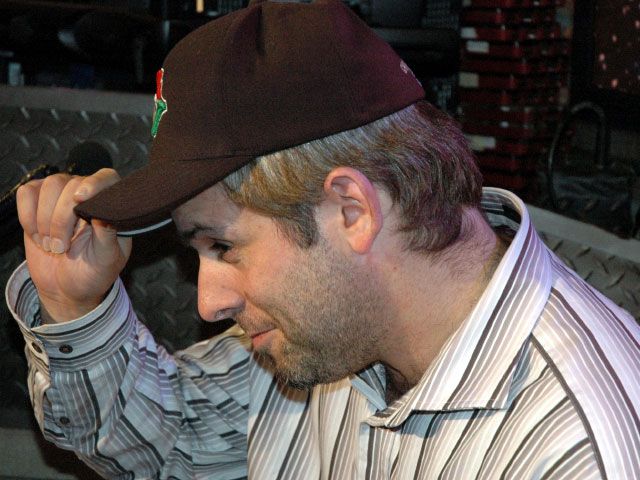 Comedian and master impressionist, Craig Gass, sat in on the news today. Howard said he wasn’t sure if he wanted to talk to Al Pacino, Gene Simmons or Sam Kinison first. Howard joked that when he has Craig jump back and forth between all those impressions they usually all end up blending into the same thing. Howard noticed that it looked like Craig stopped dyeing his hair and was hiding it under a baseball cap. Craig said he did and hides it because he’s starting to go gray. Sal the Stockbroker said he had a funny sex story about Craig. He said that one time at a club this girl was all over Craig. Howard said he already didn’t believe this story because what girl would throw themselves all over Craig. Sal said that hot girls do actually hit on Craig all the time but that this chick wasn’t one of them. He said this chick looked like a toothless crack whore. Artie said that Sal wasn’t being fair because for all he knows this girl really was a crack whore. Sal continued though, saying the girl reeked of liquor and looked like an AIDS patient that had just left the hospital and started smoking crack. Anyway, Craig took this girl to a room below the club and locked themselves in a room. Meanwhile some dude was looking for Craig and kept bothering Sal because he was a big fan. Eventually Sal figured out that the dude was the husband of the chick Craig was with so Sal started pounding on the door telling Craig it was really important he come out and meet someone. Sal said he heard some pants and belt buckles being messed with and when the door opened the girl was sitting in a chair with her legs spread. Craig said the weirdest thing was that the girl didn’t even seem that upset and just kept begging Craig to tell her husband how much she had been saying she loved him. Craig thought that was ridiculous though and just bailed. Meanwhile, the entire time Sal was telling this story he kept calling Craig “Greg”. Craig said he didn’t really care but Howard thought it was pretty weird that someone who works with Craig a lot can’t even get the guy’s name right.