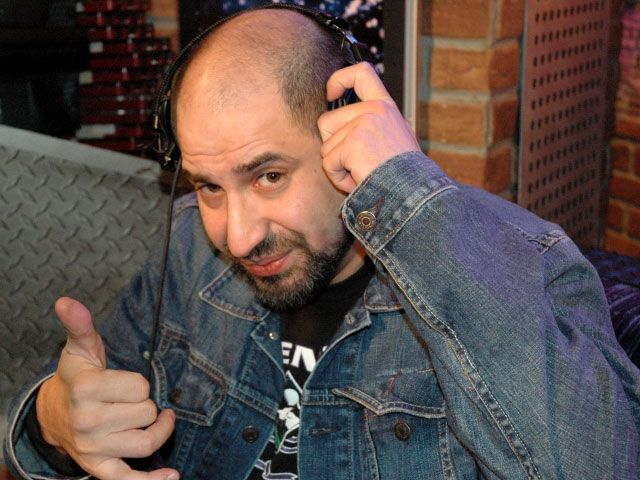 Comedian and Comedy Central star Dave Attell sat in on the news today to promote his new comedy tour and his DVD called “Hey, your mouth’s not pregnant”. When he walked in he immediately exchanged DVD’s with Artie. Robin said she felt left out and wished she had a DVD to trade. Howard asked Attell if he knew what was up with Dave Chappelle and Attell said he didn’t really know and that Comedy Central was really protecting Dave.

Attell said that Chappelle is one of the best comics around but he doesn’t understand why Chappelle went to South Africa to get away. Attell said he’d just go to South Jersey and hit the slots for awhile if it were him. Attell also said that Chappelle is probably freaking out because he’s a perfectionist who only wants to put out the very best quality show he can. Attell said he couldn’t relate because he isn’t like that. Dave is currently touring around the country in a big bus with a huge picture of himself on it for a Comedy Central show and he’s not getting a lot of chicks from it. He thinks the bus is freaking girls out because it’s dark and sound proof.