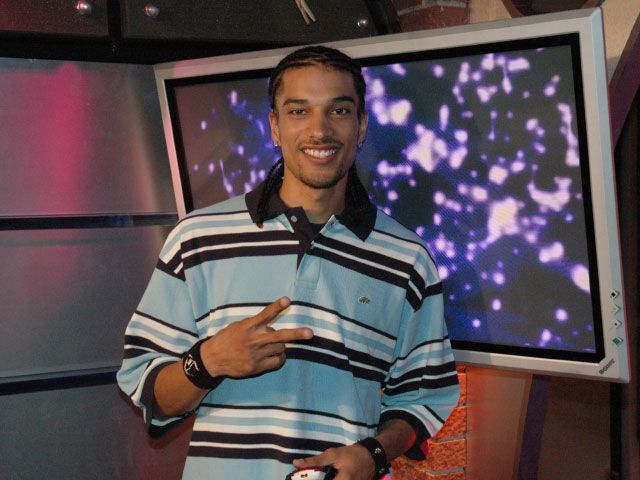 After all the arguing Corey Clark finally came into the studio. T

he first question Howard asked was how the sex with Paula was? Corey said it was great! Not the best, but great! Corey said he’d recommend sex with Paula to anyone. Corey went on to explain how his alleged affair with Paula started. He said that the American Idol producers had pushed him towards going out one night with a bunch of the contestants, which the show later used to make him look bad. He claims that when he was doing an interview about his night out the next day one of Paula’s people slipped him her number. He said he called her and she had him come over her house where she warned him about how she thinks the Idol producers were exploiting all the kids on the show.

According to Corey, Paula claimed that the psychiatrists the show has them talk to leak their stories to the press and use the information against them and he shouldn’t talk to them. She also allegedly said that he should work on getting his lawyer and signing his own contracts and to be very wary of whatever the show asked him to sign. After about a month of meetings like that and talking to her on the phone is when they started having sex. After awhile though, Corey was kicked off the show, but not because he was voted off. The official reason FOX kicked him off the show was because he had been charged with assault for hitting his sister (even though that charge was dismissed before he even started on the show) and he had a shoplifting charge against him. Howard both pointed out though that this season they have two people on who have been arrested for drugs and threatening to hit women. Corey said, “exactly!” He believes that FOX and American Idol are out to destroy his career and that’s why he’s come out with this story. Otherwise, he feels American Idol could just bad mouth him in the press all they want without him being able to fight back.

After all the conspiracy theories were hashed over Corey got into the good stuff – namely, details on the sex with Paula. Corey claimed to have always been a ladies man, having had babysitters hit on him when he was only five years old and banging girls by the time he was 14. He said that Paula has a really good body for a woman in her 40’s. He said her stomach was tight, no cellulite on her ass, and her boobs were great. Not perky, but not saggy either .Corey also believes that Paula’s boobs are real. He said that they were soft, not hard like fake ones he’s felt. He claimed he only used a condom a few of the times he had sex with her but other times he went “bare back”. Howard asked if he pulled out to make sure that she didn’t get pregnant but he said nah, he just let it fly. He said they used to go in her Jacuzzi/bathtub together and watch music videos and American Idol. He also claimed she is quiet in bed but he likes that. Here are some more details about Paula and Corey’s sex life that he claims are true: — He has grabbed her hair and smacked her ass on numerous occasions — She is groomed in the “landing strip” style down stairs — When asked, Corey enthusiastically said Paula swallows his “protein shakes”. He said she loves them and keeps herself healthy by drinking them.