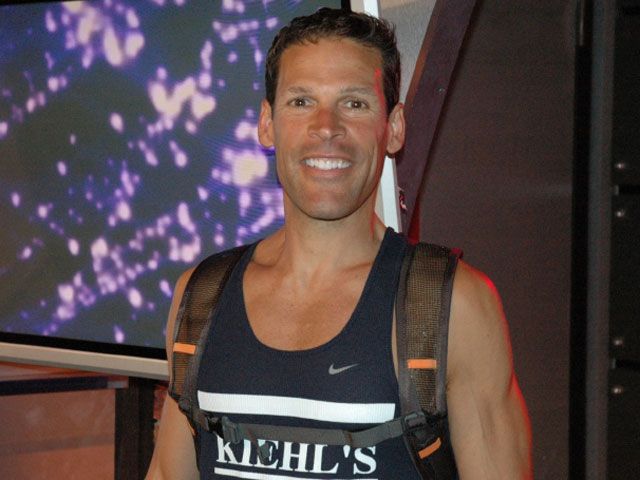 Howard had a guy named Dean, who is an Ultra Marathon runner, on today. An Ultra Marathon is any marathon that is 100 miles or longer. Dean says he runs these sorts of races all the time. He said he once ran 272 miles straight, which took him over 72 hours to do. He said by the third night of running without any sleep he started to get a little woozy. Dean started running like this on his 30th birthday. He said he wanted to see if he could run 30 miles and then he just kept running. Since then he’s put aside his partying lifestyle and really likes running a lot. Since he often runs for many hours at a time he sometimes has to order food and go to the bathroom in the middle of a run. He said he doesn’t go #2 while running but he will run and pee at the same time. Dean said he just waddles when he pees so he doesn’t get it on himself. He’ll also use his cell phone to order food to be delivered. He’ll tell the delivery guy to meet him up at some corner then he’ll run there and try to keep running while doing the transaction. He said he’ll eat an entire pizza while doing one of his big runs. Howard kept trying to figure out why Dean would want to run like this and then figured he got his answer when he learned that Dean was married with two kids. Howard joked that it was no wonder he wanted to get out of the house. Dean said that wasn’t the case at all, he loves his wife and kids very much. He met his wife when he was 14 and has never been with another woman. Howard said even more the reason to run then. Dean said he really didn’t expect to be psycho-analyzed during today’s show (I guess he didn’t do his homework). Artie said Dean must have never heard the show before then.Check out Dean’s book “The Ultramarathon Man” available in book stores now.