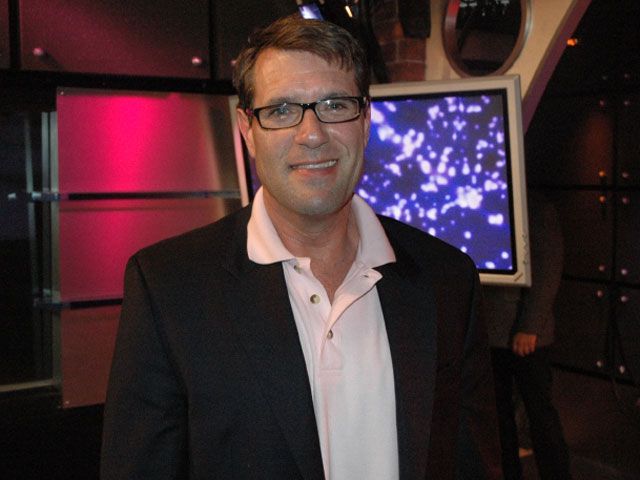 Actor and “Hollywood Squares” star, Jim J. Bullock dropped by the show today to promote the DVD release of, “Too Close For Comfort: The Complete Second Season”. Jim — who has changed his name back to Jim from JM — also stars in the musical “Hairspray” on Broadway, and as the voice of a gay duck in the animated film “Queer Duck the Movie”.

For some reason, Robin thought Jim had been in “Bosom Buddies” which starred a cross dressing Tom Hanks, but Jim explained his show was “Too Close For Comfort” which starred Ted Knight. Howard asked how Ted was doing, which led to a discussion of Ted’s funeral. Jim said that Ted was always nice to him and that he was really great in “Caddy Shack”.

Howard tried to find out if Jim had ever been with girls and if they ever figured out if Jim was gay. Jim said that back then, most people didn’t even know Liberace was gay, so how could they know he was. Howard told the story of how his mother told him that Liberace was gay when he was in high school. He said that the story was so funny, including his mother call Liberace a “faggela,” that Howard is including it in an episode of his upcoming “Howard Stern: The High School Years” animated series.

Jim said he had a pretty good inkling of his sexuality growing up because he would get things like Chatty Cathy dolls and Betty Crocker, My First Cookbook from his mother for Christmas. Gary pointed out that Jim grew up in the Texas town featured in the high school football movie, “Friday Night Lights” so it couldn’t have been easy. Jim said the clincher was when he made a cape for his cat while he watched the Miss America Pageant and then made the cat wear the cape when they crowned the winner. However, he didn’t tell his parents he was gay until he was in his mid 30’s.