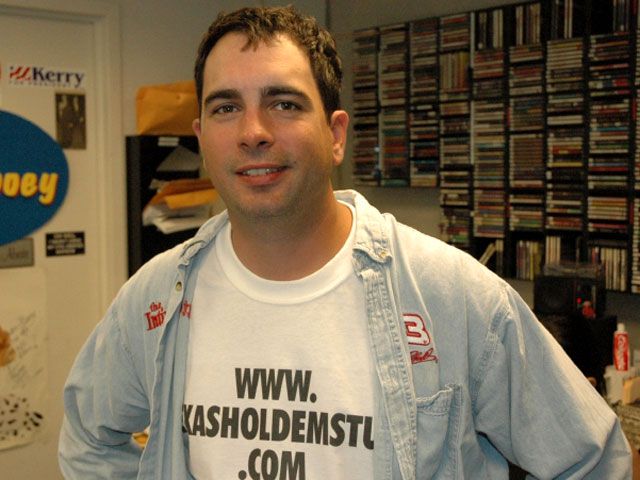 Art is normally a hairy guy, but Robin (Quivers) noted that Art has been shaving the last few days and wondered what was up with that. Art blamed it on interviews. Howard said Art was one of those guys who he’s rarely said more than hello to. Howard said he just learned that Art was a champion bass fisherman, (Robin knew that because she has spoken to him before). Art has been with the E! show for 2? years and said his favorite moment on the show was the Vincent Gallo interview.

During that interview, Vincent had some unkind things to say about his birthplace, Buffalo, and recalled how he had been arrested as a teen for riding around on his bike exposing himself to women. Art said this is a tough time for him because his wife just got laid off from her nursing job on Monday and they had a baby a year ago. Robin thought he’d be ok though because he was a talented guy and nurses always find work.