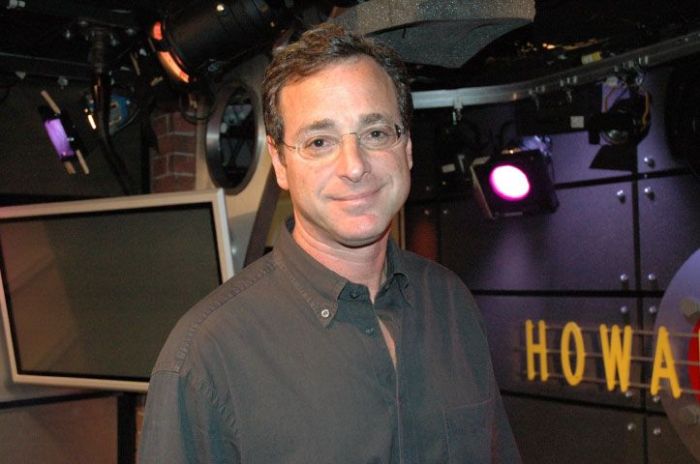 Photo: The Howard Stern Show
Bob was there promoting a movie called “The Aristocrats” which is basically a bunch of different comedians telling the same (dirty) joke in different ways. He said it was really funny and Artie agreed. Howard said he had heard Bob was a good friend of Rodney Dangerfield’s. Bob said that was true, adding he was one of the few people Rodney invited to his hospital room the night before he had brain surgery and shortly before he died. Bob explained how Rodney once spent Thanksgiving at his house and finding him wearing shorts and smoking pot in his den, with Bob’s whole family in the next room. Bob said he had another great Rodney story to tell, but needed to figure out how to do it without getting in trouble. He said the bad word he couldn’t say started with c and ended with k and was another word for a rooster. Howard suggested he substitute the word crank. So Bob told a story about being at Rodney’s house once and Rodney told him that Ron Jeremy was on his way over with 2 hookers. Bob decided to leave and on the way out asked Rodney how he was doing. Rodney said he was, “waiting for a guy who could suck his own crank to show up while the guy he really wanted to have dinner with was leaving.”
Previous Show Next Show