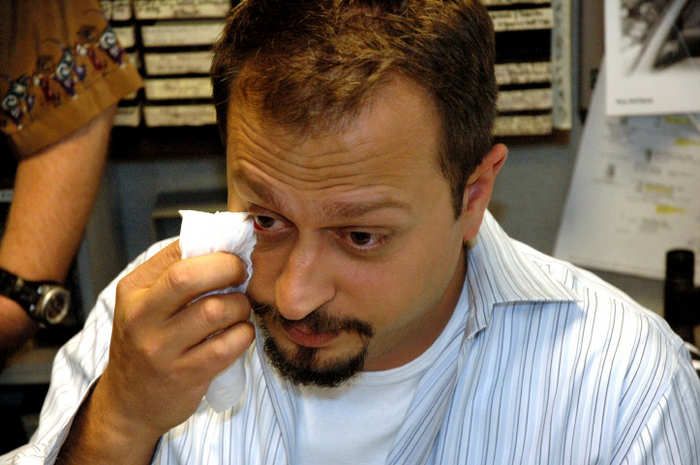 Photo: The Howard Stern Show
Howard said that during the commercial, Sal started crying because the interns were so mad at him. Sal insisted he wasn’t crying, and that he just got emotional. He claimed people didn’t understand how hard his life was, that he was misjudged all the time because of it, and that was why he got choked up. He said he was a nice guy who truly did care about others. To help prove Sal’s assertion, Gary noted that Sal was into weird pornos, including some that involved bodily functions. Sal admitted that was one fantasy he had, but it would never be fulfilled. Gary said he couldn’t wait to go on vacation to Amsterdam and Paris with Sal and his wife because he wanted to see how they interact with each other. He said Sal has already told him once their wives were asleep they would be spending some time in the red light district…but only to look.
Previous Show Next Show