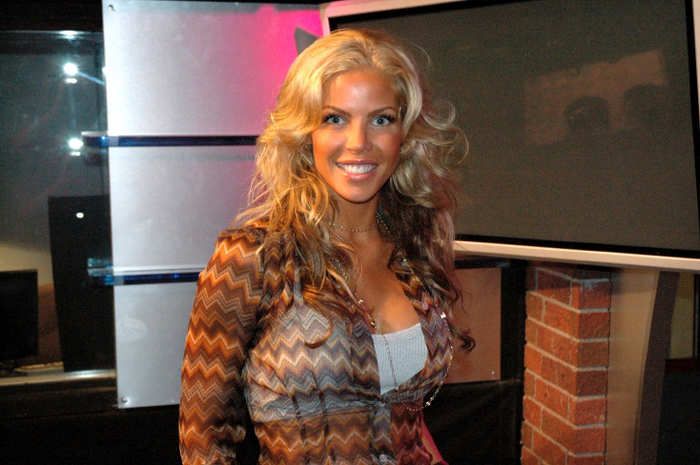 Photo: The Howard Stern Show
Because she was young and naïve, Jessica wanted to make her relationship with Jose work, despite his cheating. To accomplish this, she even brought one of her girl friends into the bed with them after a night of drinking in a club in Miami. When they got in the bedroom, Jose and Jessica kissed. She then lifted her skirt, got on top of Jose and started having sex with him. In the meantime, Jessica began fondling and making out with her now-naked friend. Jose asked Jessica if he could have sex with her friend, which she agreed to. Jessica said she got really turned on watching Jose and her friend go at it. As the story was reaching its climax, Gary reluctantly interrupted Howard to tell him that Tom was almost out of delay because they had dumped so much out of the story. Robin thought the conversation was sanitized. Howard asked Jessica if she’d walk with him over to SIRIUS right then so she could finish the story. Jessica said she has an even spicier tale in her book. No one could guess what would top the story she just told, so she dropped a few hints. She said that she was in another threesome with one of her model friends and her boyfriend. Jessica mentioned that the sex was better and that it lasted longer this time. She added people would have to buy her book to get all the details.
Previous Show Next Show