Howard and Artie felt Ross’ wedding was one of the best ones they’d ever been to. Gary commented that everyone in the wedding party was wasted by the time the ceremony started. Howard tried to pace his drinking, but admitted he was drunk pretty early on. Gary said his wife warned him not to get smashed before he walked down the aisle, but he did anyway.

Robin noted while guests were waiting for the wedding to start, they heard a loud noise from the back. Gary said everyone in the wedding party was drinking and starving, so they wanted to eat something. Gary spotted trays filled with dumplings, but he was too scared to get one. When he heard there was food, Howard initiated the charge to the dumplings. Gary said he couldn’t eat his dumpling because it was like an ice cube. However, Howard cleaned out two trays of them. Howard added that he was screaming to get everyone going, which may have also been part of the ruckus. 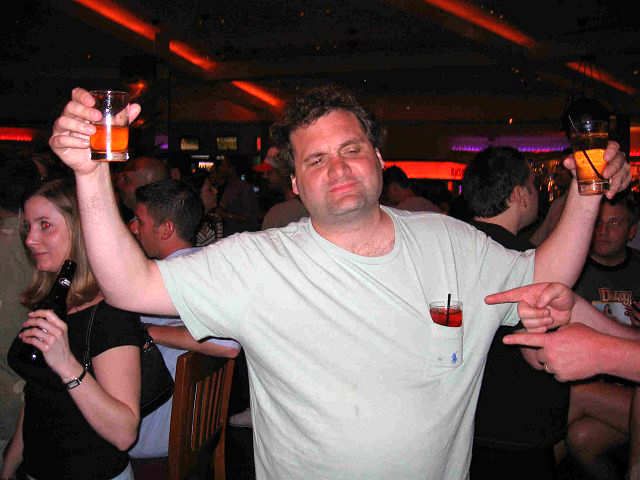 There was a discussion about how much the wedding cost Ross. With 240 guests, room rentals, three bands and a surprise performance by Grandmaster Flash, Robin and Artie guessed the bill ran to about $250,000. Howard talked to Ross Sunday morning, and he told Howard his favorite moment was when Artie got involved in a Jewish dance during the reception. Artie said he didn’t intend to dance, but Howard threw him out on the dance floor, so he didn’t have a choice. He added he had a great time, even though he didn’t drink. Artie mentioned he hadn’t been sober at a wedding since he was 12. He said he talked to people throughout the evening and when it was time to go home, he felt responsible because his shirt was still tucked in. Although Artie admitted he wanted to drink, he felt like he made a major breakthrough by not giving in.