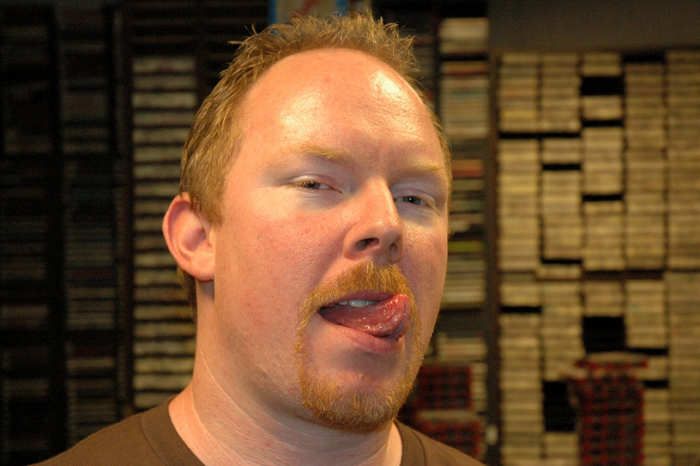 During Artie’s appearance Saturday, he gave Richard Christy time on stage to do some of his act. However, one listener called in and advised Richard to not quit his day job.

As Richard was explaining himself, Howard asked him why he keeps his moustache. Howard commented that he used to have one when he was in his 20s, but that he quickly grew out of the phase. Richard admitted that he gets yogurt stuck in his moustache all the time, so it might be best if he got rid of it. The caller also suggested that Richard start doing some sit ups because his stomach looked huge. Howard pointed out that Richard’s diet consists largely of Chinese food, and the reason his stomach is so big is because of all the fatty sauces he eats with it. Richard mentioned that he walks around in only underwear while in his apartment, and that he was disgusted after he recently caught a glimpse of himself in the mirror. Richard thought now might be the time to give up the General Tso’s.