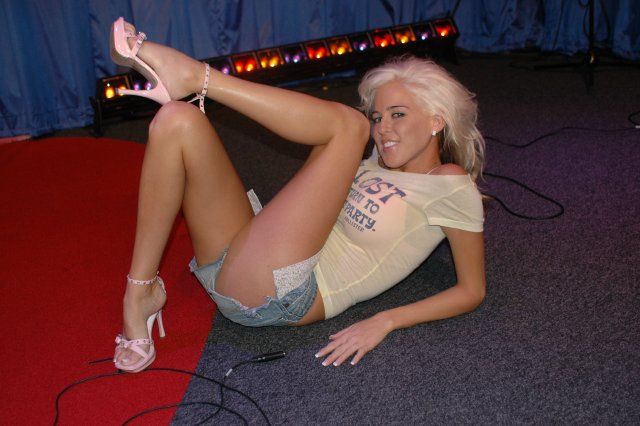 Photo: The Howard Stern Show
After Jon got to the tape of Miss Howard Stern Andrea singing a duet with Trent Tomlinson on his song, “Drunker than Me,” Ralph said he was finding her appearances lately annoying, but admitted he still thought she was attractive. Gary then commented Trent was staring at Andrea like “she was a hot dog” during the performance, while Jon proceeded to play the clip of Andrea talking about her daughter, Beyonce. In it, Andrea announced she needed “more whiskey” as everyone in the room reacted to the child’s name before Trent launched into an impromptu song called “My Girlfriend’s Got a Half-Black Kid.”
Previous Show Next Show