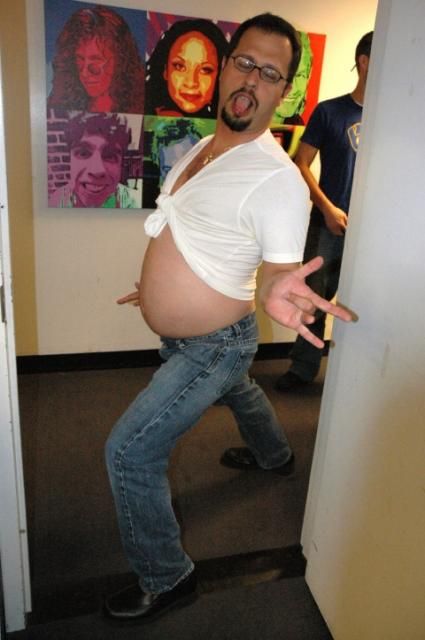 Because Howard admitted he didn’t know if his father once took him to Shea Stadium or the Polo Grounds to watch a Mets game, Gary announced he had a baseball quiz that he wanted Howard and Sal – two people who he figured knew nothing about the sport – to take. Here were the questions Gary asked, as well as Howard and Sal’s answers: • What’s another term for a “base on balls”? While Howard and Sal discussed what they thought the answer was, Artie interrupted them and noted it was a walk, so the question was thrown out. • What does the term DH stand for? Howard knew the answer was “designated hitter,” while Sal guessed “dirty (w)hore.” • Who hits first in a baseball game: the home or visiting team? Sal correctly answered the visiting team, as did Howard. • For scoring purposes, all positions on the field are assigned numbers, so give one position that corresponds with a number. Sal said pitcher, number one, which was correct, but Howard’s reply of two for the second baseman wasn’t. • If you’re keeping score, what does a “K” stand for? Sal didn’t have a response, but Howard was correct with his answer of “a strikeout.” • What’s the only base that you can’t steal? Sal and Howard were both right with their answers of “first base.” • When does the seventh inning stretch take place? Sal responded when there were “two outs and a tied game,” while Howard said “the bottom of the sixth.” However, Gary informed them it took place between the top and bottom of the seventh inning. • How many outs does a team get in an inning? Both Howard and Sal knew the answer was three. • Can you strike out and go to first base safely? Howard incorrectly said no, but Sal was right with his response of yes, even though he couldn’t explain why the answer was right. • Artie asked if either Howard or Sal knew what a ground-rule double was, but Howard was wrong when he said it was “a call made by an umpire,” and Sal said it was when a batter “took two bases after hitting a groundball.” • What is a sacrifice fly? Sal responded “a sacrificed fly” was “the bug on Madonna’s adopted kid’s face,” while Howard was correct when he said it was a way to advance a runner on base.

Another Issue With Andrew Dice Clay