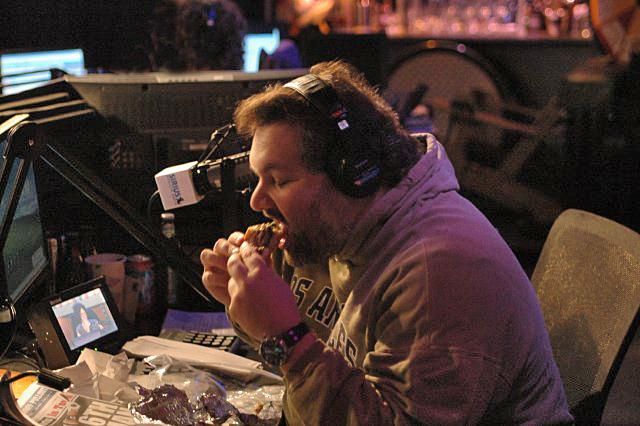 Howard started today saying he heard some “wild” figures about how many people listened to the first day of the SIRIUS Free Preview yesterday before getting to e-mails on the subject. Howard heard from people who tuned into the show from China, Australia, Ireland, Denmark and Iraq. When Artie heard the final message, he pointed out at least 91 Americans have already died this month in Iraq, which he added now tied it as the deadliest month since the war started.

This led Howard to say he wanted to read that kind of news on the front pages of newspapers, but instead had to settle for the Daily News’ lead story today: Naomi Campbell’s latest fight. Howard then noted both the News and the New York Post had stories about the show’s first free preview, focusing on Pete Townshend’s refusal to appear on the show when he heard the crew talking about some of the things they knew about Pete.

As Howard was talking about the reports, he heard Artie eating a bag of Famous Amos cookies, and explained to the new listeners how, earlier in the year, Artie was given a pop quiz about the numbers and the corresponding products in the vending machine located near the studio. Artie boasted that he had gotten a perfect score on the challenge, and proceeded to rattle off the numbers of items like Devil Dogs and Hostess cupcakes. Howard went on to say he was listening to a replay of the incident with Pete, and accused Artie of having been the one who incited him, even though he originally thought it was Robin who caused the rift.