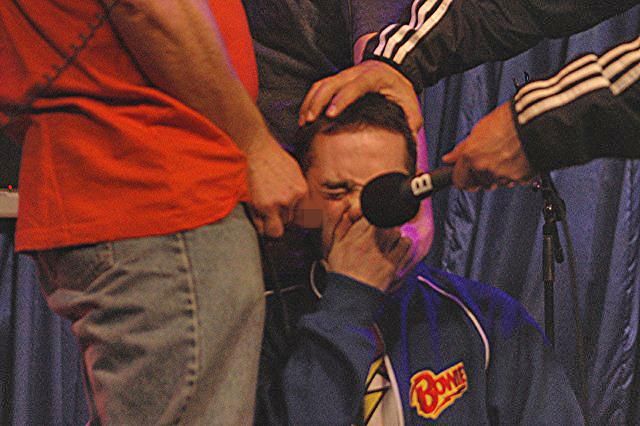 Gary came into the studio and announced tonight’s Rolling Stones concert at the Beacon Theatre had been postponed because Mick Jagger was sick. Steve the Intern, who yesterday was slapped in the face FIVE times by Richard’s penis to get tickets to the show, came in as well, and noted he was worried about something like that happening as he went through the bit. Steve added he hoped the concert would be rescheduled, but Gary pointed out he wouldn’t be surprised if it was cancelled and Howard noted that Steve was supposed to do his job as host of the “Intern Show” tomorrow night as well.