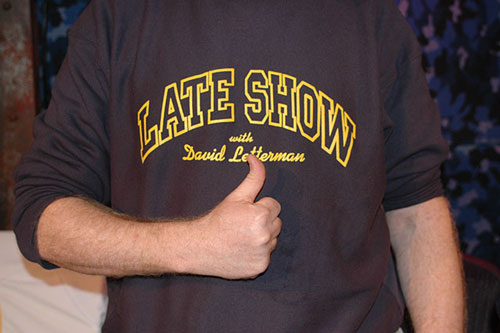 When Evil David Letterman came into the studio, a caller wanted to know if Howard would consider bringing Evil Dave with him tonight to his “Late Show” appearance, but Howard didn’t think the real Dave would go for that. Howard then explained Dave didn’t want guests to bring clips or props because he preferred nothing but conversation. Howard went on to say he thought it’d be funny if Evil Dave came with him to “Late Show” and simply repeated everything Dave said, but reiterated that this wasn’t an option.

After Evil Dave made jokes about Robin’s race-car driving, she pointed out her race against Bubba the Love Sponge may never happen, but Tim Sabean came into the studio and promised he was working on getting the details arranged.