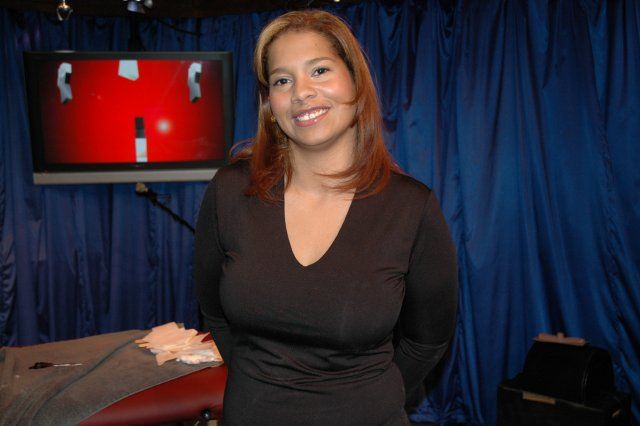 A woman named Nora from the Skin Beauty Lounge in Washington, DC, came into the studio to give a bikini wax to a volunteer from the crew – Richard Christy. Nora commented that, being in DC, she’s waxed some politicians since the lounge opened two years ago and that the practice of giving bikini waxes isn’t sexy, even when done to attractive women, because, in the end, she’s “ripping hair out from between peoples’ legs.” Nora also mentioned that she’s never had a problem with “smells” from her clients’ lower regions, but acknowledged that a man once got an erection while she was waxing him. Nora went on to explain that she’d be using a spatula to put the wax on Richard, but that she’d have to use her hand to cool him down with powder afterward